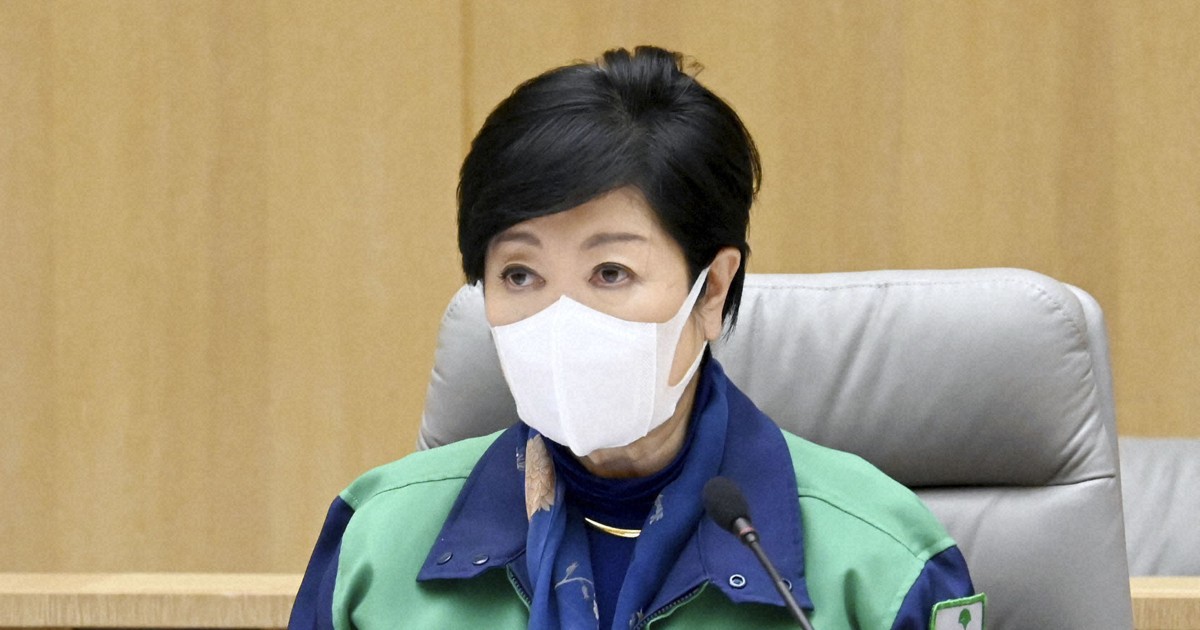 TOKYO (Kyodo) — Tokyo unveiled on Thursday a set of new benchmarks in considering requesting a COVID-19 state of emergency, such as if the rate of hospital bed occupancy secured for patients with serious symptoms has reached a threshold of 30 to 40 percent .

Under the new guidelines, the metropolitan government will also look at whether the percentage of COVID patients needing oxygen supply has reached 30 to 40 percent, as the Japanese capital tries to strike a balance in preventing a further strain on the medical system and further affecting the economy activity.

Tokyo is among 34 of Japan’s 47 prefecture under a COVID-19 quasi-state of emergency amid surging infections driven by the highly transmissible Omicron variant, which appears though to cause fewer severe cases of COVID pneumonia.

As of Wednesday, the rate of hospital bed occupancy secured for patients with serious symptoms was 15.1 percent, and those requiring oxygen supply was 8 percent.

Another benchmark for the Japanese capital would be if the seven-day rolling average of new COVID cases has reached 24,000. As of Thursday, the average stood at about 17,000 in the capital.

Tokyo, which confirmed on Thursday a tally of 20,679 new COVID cases after logging a record 21,576 the previous day, had set as a benchmark in seeking an emergency a 50 percent threshold for the occupancy rate for designated hospital beds used by COVID-19 patients.

Although the rate had surpassed the 50 percent threshold Tuesday, Tokyo remains cautious in immediately requesting an emergency declaration due to the low occupancy rate of hospital beds for serious COVID patients.

Tokyo Gov. Yuriko Koike told reporters she will “comprehensively make a decision” with the benchmarks, based on the pillars of protecting lives as well as the livelihood of people.

A quasi-state of emergency allows local authorities to ask dining establishments to shorten their business hours and limit or stop the serving of alcohol, while businesses can be asked to shut down under a full-fledged emergency.

While a state of emergency does not entail a hard lockdown as seen in other countries, economic activity could be further limited as it imposes tougher restrictions.

When Tokyo was put under a fourth state of emergency in July last year, major commercial facilities including department stores were asked to close by 8 pm, while attending at large events such as sports games was capped at 5,000 people or 50 percent of the venue’s capacity , whichever is fewer.

The metropolitan government at a monitoring meeting Thursday also raised the alert on its four-tier scale on the medical system to the highest level, meaning the system is “under strain.”