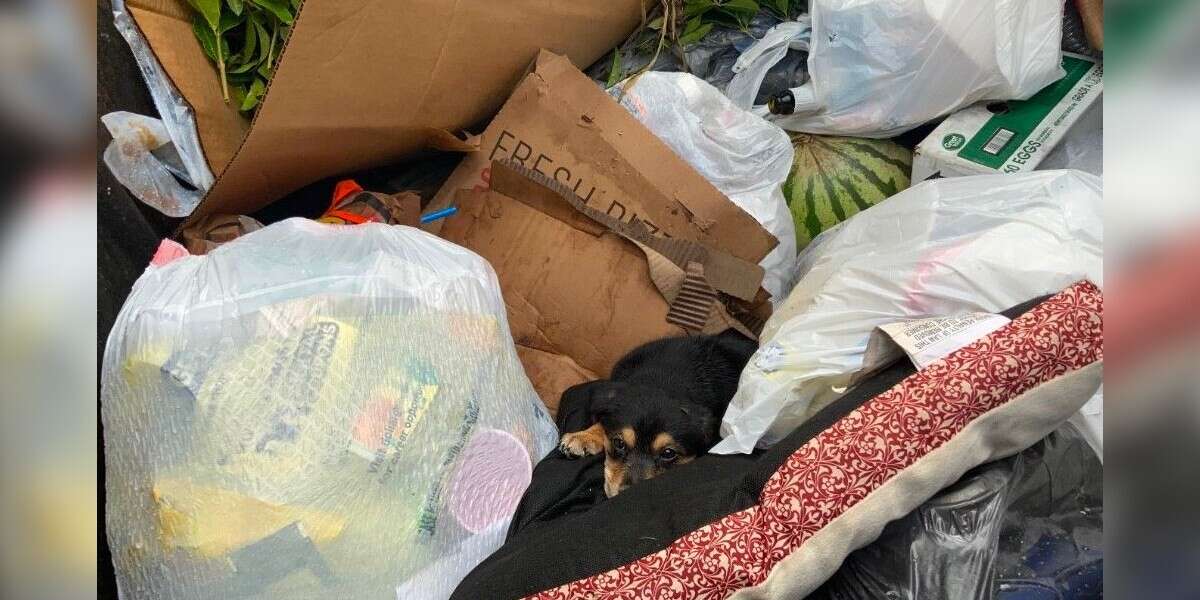 Abandoned in a dumpster alongside trash bags and an old watermelon, a tiny black and tan puppy sat patiently on his dog bed. He seemed to blend in, barely able to poke his head above the garbage.

Luckily, a Good Samaritan spotted him and reported him to environmental officers in Spartanburg, South Carolina, who rushed to the scene.

“We got a call asking if we would be willing to take him,” Rachel Delport, Greenville Humane Society chief executive officer, told The Dodo. “And of course, we said yes.”

Delport was disappointed that someone could leave a helpless animal alone in the trash.

“It’s sad to see people who don’t take the necessary steps to treat animals the way they need to be treated,” she said.

The puppy, later named Coleman, was thrilled to be safe with people who cared about him. His personality began to shine — he became much more vocal, loving any attention he could get.

“Once he got here, he was very ready for some cuddles,” Delport said. “He got lots of toys and attention.”

The humane society ensured Coleman had all the tools necessary to make him a great candidate for adoption, and even set up a photo shoot for him.

Soon enough, Coleman was ready to find a family who would love him forever, and Delport is confident he’ll find one soon.

“There’s been a lot of interest, a lot of people calling asking how he’s doing,” Delport said. “The community is rooting for him and wants the best for him.”

To support other dogs like Coleman, make a donation to the Greenville Humane Society here.