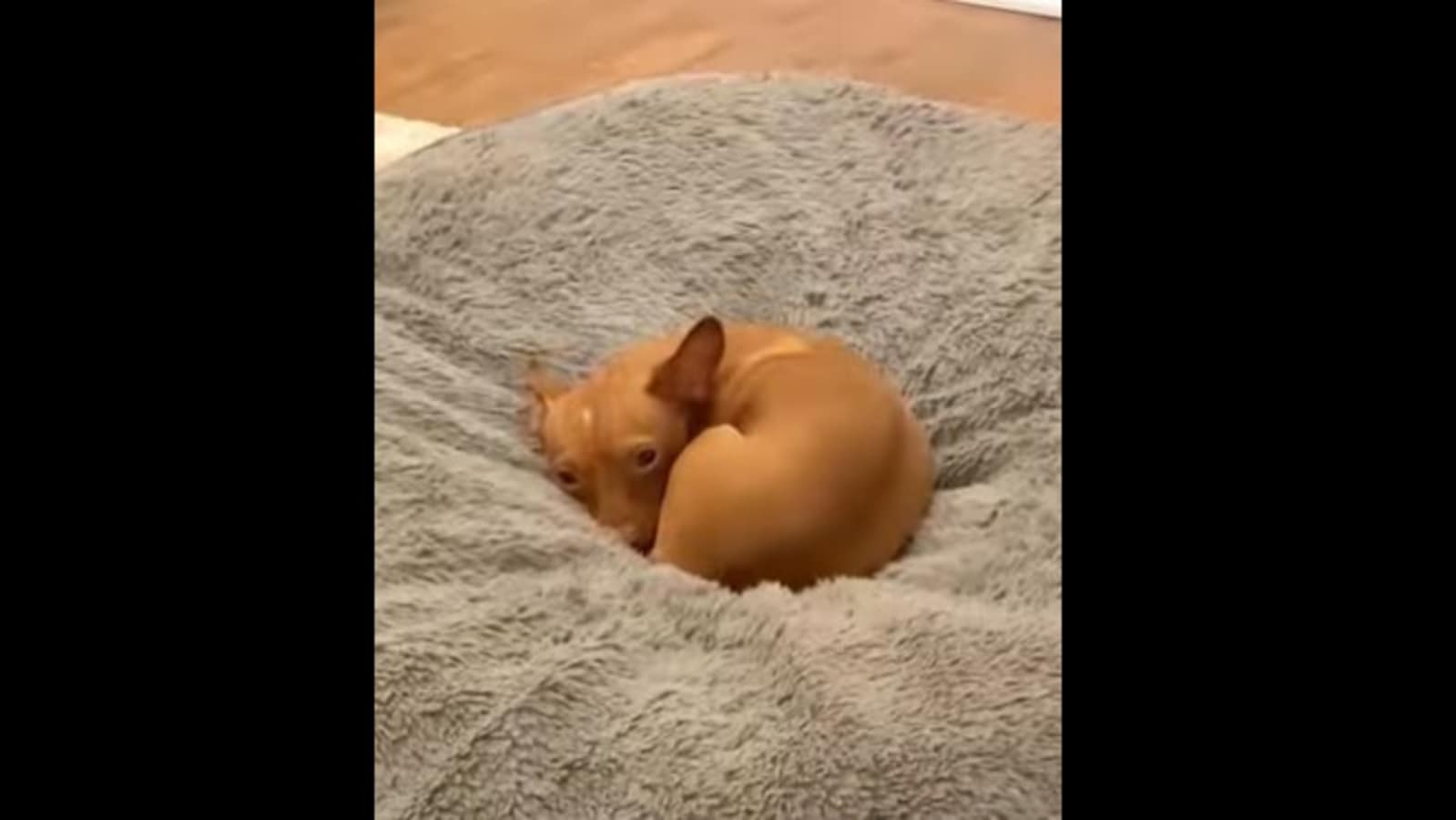 A video involving two dogs and their beds has turned into a source of entertainment for many on Instagram. The adorable and funny videos show one of the dogs taking over the bed of the other. There is a chance that the video will make you chuckle.

The video is posted on an Instagram page. “That’s mine now, k thanks,” reads the witty caption of the video. The caption further explains that the video was originally posted on the Instagram page called The Serial Foster. This page is filled with videos and images that a woman fosters before they get adopted.

The video opens to show a Chihuahua sitting in a huge bed. The video then pans to show the other dog who is seen cuddled up in a small bed, clearly belonging to the Chihuahua. A text insert on the video also gives context to the clip. “My 6-pound foster Chihuahua got adopted into a home with a 9-pound pit bull,” it reads.

Take a look at the video:

Since being shared some 14 hours ago, the video has prompted people to post various comments. The share has also accumulated nearly 7.1 lakh likes and counting.

“Big Chihuahua energy,” wrote an Instagram user along with a laughing-out-loud emoticon. “So relatable,” posted another. “Side eyes,” commented a third.