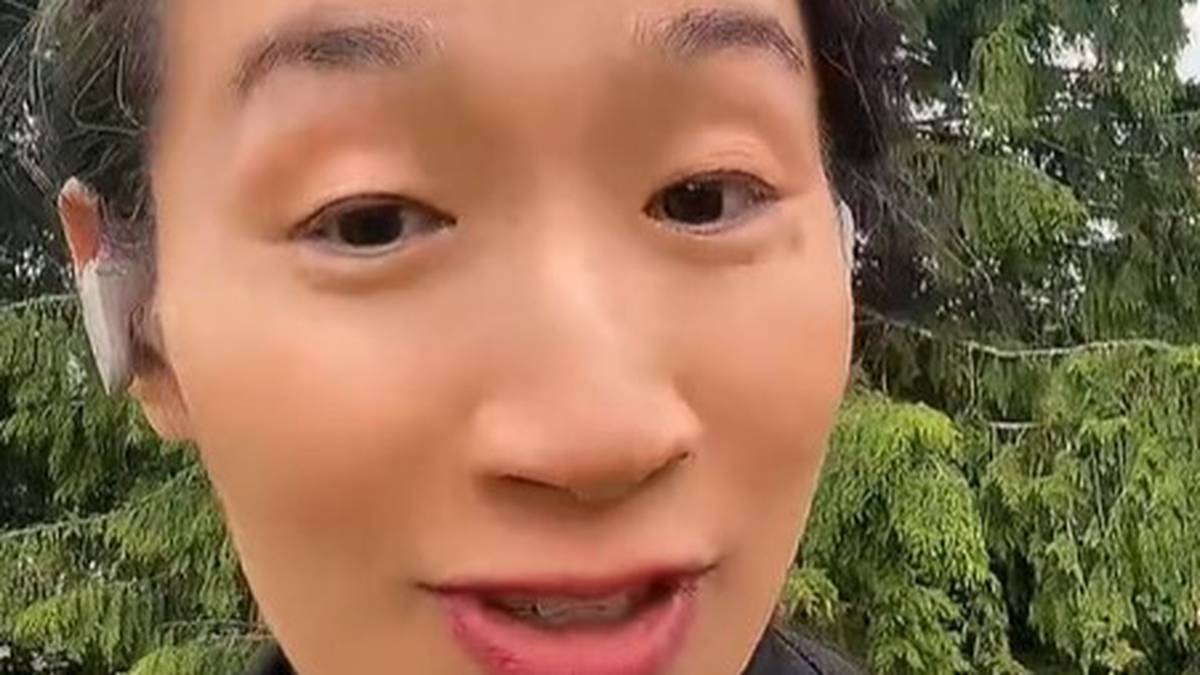 The mum on Tiktok shares the chilling reason on why her daughter sleeps in her bed. Video / not.cristinayang

After a chilling conversation, one TikTok mum now shares a bed with her two-year-old daughter.

The mum who goes by the TikTok name “not Cristina Yang”, told followers her daughter had been sleeping in her bed recently as she was too scared to sleep in her own bedroom. The mum added it came after a night her daughter woke up “screaming bloody murder”.

KidSpot reported the concerned mum asked her daughter why she was so scared and the girl replied, “Mummy, there’s someone else that comes in here. She looks just like you, but I know she’s not you.”

The young girl went on to say, “She looks just like you, Mummy, but she wants me to follow her inside my closet, and I don’t want to go with her… it’s you. Scary you.”

In the comment section of the video, the mum said she has put a camera in her daughter’s room to try “catch something” but despite her best efforts, she came up empty-handed.

After revealing she now lets her daughter sleep in the same bed as her and her husband, she said it’s not the first time her toddler has seen mysterious figures in her room.

Posting another video the concerned mum explained her daughter had once seen an “angry man” leaning over her bed and said she has “no reason not to believe” he daughter.

Adding, “Her imagination isn’t quite strongly developed to tell me stories yet. She’s been indicating that she’s been seeing things since she was months old.”

TikTok users quickly flooded the comment section with many sharing ways the mum could “remove the scary” doppelganger from her daughter’s room with one person suggesting sage.

“I think you need to say and bless your house! You’ve got some stuff happening!” while one viewer praised the mum for listening to her child, “I’m glad you believed her and let her sleep with you. I’m always yelling at scary movies when parents still let their kids sleep alone.”

Another said, “I was just telling my daughter she should sleep in her own room tonight but not anymore.”

Other comments revealed more chilling stories with one woman saying a similar thing happened to her as a child. ” The same happened to me as a child. Mum thought my room was haunted. Found out as an adult, I have hypnagogic hallucinations. Get her sleep specialist”.

And one person joked, “I’d move to a different continent and live in a mole person home underground bye.”