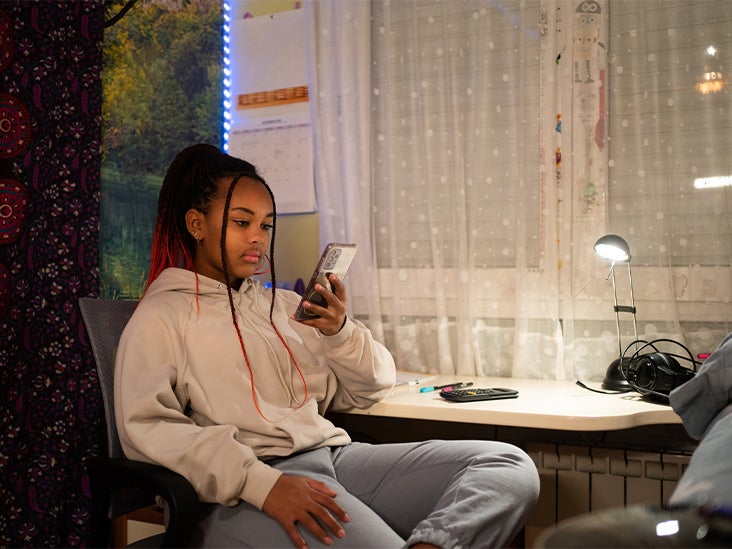 TikTok has begun testing a feature that reminds users to go to sleep, according to TechCrunch.

The news comes as social media usage has continued to grab headlines. Research published by Statista estimates that by 2027, the world will have 5.85 billion global social media users.

Whether these reminders set by users actually help you get better sleep is up for debate.

dr Camilo Ruiz (DO), a sleep specialist in South Florida, is pessimistic.

“The road to hell is paved with good intentions, and you have a situation where the inherent platform is the problem, leading to the sleep disruption, putting a warning sign right before you continue and hit OK or Cancel, I think is probably going to do very little to determine people from not using the platform for a period of time,” Ruiz said.

Other experts such as Daniel Rifkin, MD, MPH, who founded the telehealth platform Ognomy as well as being a clinical assistant professor at the University of Buffalo, said that these tools do have a possibility of being useful. They can help highlight to users how important sleep can be at a time.

“It’s raising awareness,” Rifkin said. “For so long, we neglected sleep as a health concern, despite the fact we spend a third of our lives doing it…I think times have changed, and literature has changed. So we’re seeing just loads of really good literature on sleep and the importance of sleep, and social media, like everything, is helping to spread that word.”

When considering the role of social media in our sleep patterns, experts say it’s important to focus on the concept of sleep hygiene, which are the habits and processes we use to get better sleep.

Peter Polos MD, PhD, who is an associate professor of sleep medicine at Hackensack JFK Medical Center and also serves as a sleep expert with Sleep Number, says that the first step for many patients is to identify and acknowledge that social media is playing a part in their insomnia.

“First, you have to get them to say, ‘Yeah, I do that.’ And then explain to them the reasons” social media can affect sleep, he said.

These include “the anticipation, the stress, the mental stimulation, if you’re playing games, or you’re gaming with somebody. And then also, the impact that the light has just biologically in terms of interfering with sleep onset through [the] melatonin pathway,” Polos said.

Polos says that keeping your room cool, limiting blue light exposure close to bedtime, and being mindful of your choice of bedding, all have an impact on sleep hygiene that goes beyond what happens after hours of doom scrolling.

For Rifkin, advocating for good sleep hygiene also means disrupting preconceived notions about what a bedtime routine should look like. He pointed out you want to start winding down well before your “bedtime.”

“People say, ‘Oh, my bedtime is 9:30, I gotta go to bed,'” Rifkin said. “You want to start getting ready for bed and then do something like … sitting and reading in dim light or listening to music outside of your bedroom until you feel sleepy.”

This isn’t to say that notifications can’t be helpful.

Jeff Kahn MS, is the co-founder of Rise Science, a company that supports their users in understanding what their sleep data means in practice. As an undergrad, he was working that found that text message reminders can support improving sleep. However, he says the key issue with initiatives like the one being tested by TikTok is that it doesn’t connect advice with action.

“We’ve got to empower people with the knowledge so that they can make a good choice,” Kahn said. “I need to know that if I stay up all night watching TikTok, I’m going to have 12 hours of sleep debt, and I’m going to feel bad. And it’s that feedback loop that is going to [cue them to] be like, ‘Okay, what are some ways that I maybe can help with this TikTok habit or YouTube habit.’

Rather than seeing notifications as a radically useful tool, Kahn sees them as part of a wider ecosystem that provides a consumer with data—whether that be from his own company or via a tool like Apple’s Screen Time Feature. He suggests that a shift in content may be more valuable than what is currently being tested.

“I think, TikTok and YouTube, hopefully, can marry [the two approaches and say]’Hey, it’s late at night, we’re going to try and serve you in general stuff that’s more calming.’”

For Ruiz, social media reminders to sleep are not, by themselves, going to have a significant impact on what he sees as the root cause of these issues: information overload.

“The trouble with social media is that you have a situation where people can literally be plugged into the network, I call it the matrix… and have this bombardment of data and information 24 hours a day, seven days a week. And if you’re not able to break away and make time for yourself, it can be very detrimental, not only to your mental health, but also to your sleep quality in particular.”