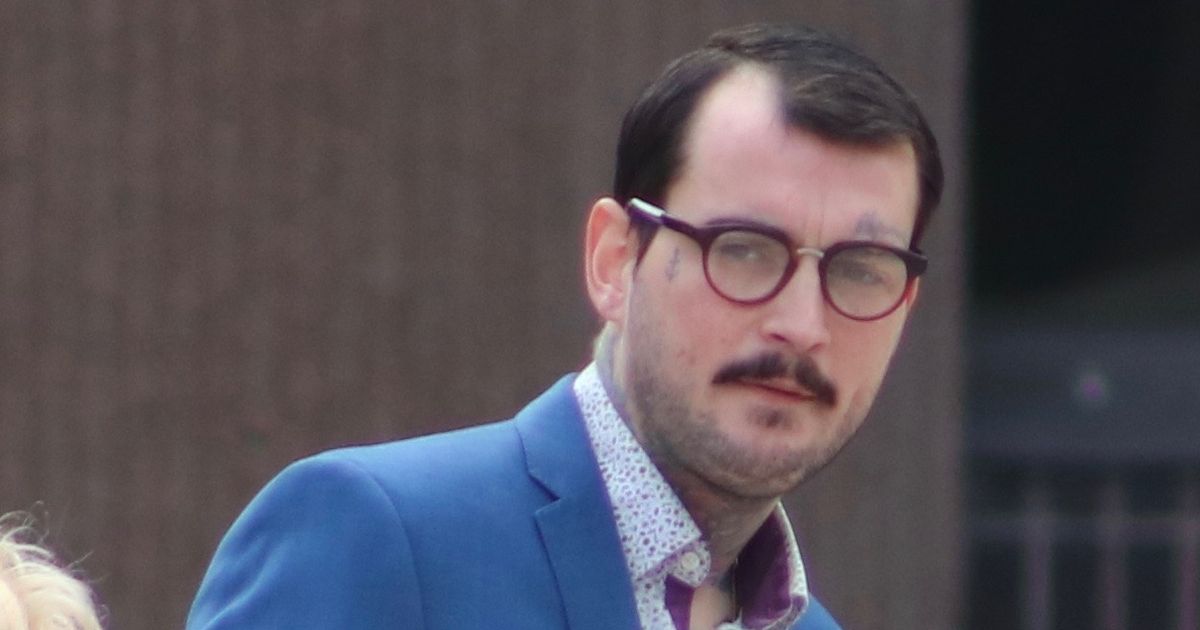 A woman was strangled, punched and headbutted during a 40 minute attack at the hands of her partner.

Jake Hatton, 28, appeared at Liverpool Crown Court on Monday, June 13, after being charged with attacking his partner of six months. The couple had known each other for about four years when the incidents, in which his victim was headbutted and punched, took place.

Zahra Baqri, prosecuting, said the victim Hatton, an engineer with Open Reach, described as, “being an abrupt type of person with mood changes and aggression which become more marked after his grandma passed away.”

On March 11 this year she went out shopping with her grandmother, and when she returned to her Birkenhead home it was clear he was drinking. She had a drink with him and then went back out shopping.

When she returned he asked where she went and became increasingly agitated. Miss Barqri said: “He lent towards her with his head in her face and pushed with force. It was not a headbutt but it was a forceful push and she sustained a black eye.”

She did not report the incident to Merseyside Police, but two days later he objected to her taking her three-year-old son to play at a neighbor’s home but she took him anyway. When they came back at 7pm Hatton was out, and after putting her son to bed she also retired for the night.

About 9pm he returned and started shouting, “You slag, where have you been? My brother and dad will come round to batter you”. He jumped on top of her as she lay in bed “and put his hands around her neck,” Miss Barqri said.

His victim said he was strangling her and she could not breathe but did not lose consciousness and managed to kick him off her.

Miss Baqri told the court: “He reacted by head butting her to the face and then proceeded to punch her a number of times. During the course of the assault she was telling him that her son was in the room next door and he responded by saying, ‘I don’t care’.”

She wasn’t sure how many times he punched her as she was in shock, and after trying to fight him off eventually she was able to kick him away.

Miss Baqri said: “This caused him to fall on his dog and concerned for the dog he turned away from her and she took the opportunity to seek refuge in her son’s room and made a whispered telephone call to police.”

Police arrived after the incident, which she said lasted 40 minutes, and they saw her blood-soaked bed and her top was also covered in blood. She was extremely distressed and the court heard she suffered a swollen black eye and cuts and swelling to her face and lips.

He asked why he was being arrested and when told it was for assault he said: “She allowed me, she lets me do it.” When the arresting officer queried this bizarre comment with Jake Hatton he did not respond but when interviewed he denied the offenses.

Hatton later pleaded guilty to assaulting his victim causing actual bodily harm and common assault. Judge Judith Bond said that his behavior, which had left the woman fearing for the safety of herself and her son, “was part of you trying to control her.”

She sentenced him to 16 months imprisonment suspended for two years and ordered him to carry out 20 days rehabilitation activities.

Kyra Badman, defending, said that Hatton, of Hamilton Street, Birkenhead, who only has one previous offense for possessing a blade when he was a juvenile, was remorseful.

He has suffered from epilepsy since he was 14 and takes medication for it but is undergoing further investigations as it is not properly controlling his condition. Hatton accepted he had a drink problem but has voluntarily sought help with Alcoholics Anonymous and has now stopped drinking and volunteers with the YMCA.

He had been using alcohol to self-medicate to deal with the loss of his grandmother, to whom he was very close, she said.

Miss Badman said: “He has limited recollection of what happened but takes full responsibility. He does not seek to minimize or blame her…He describes his behavior in March as disgusting.”