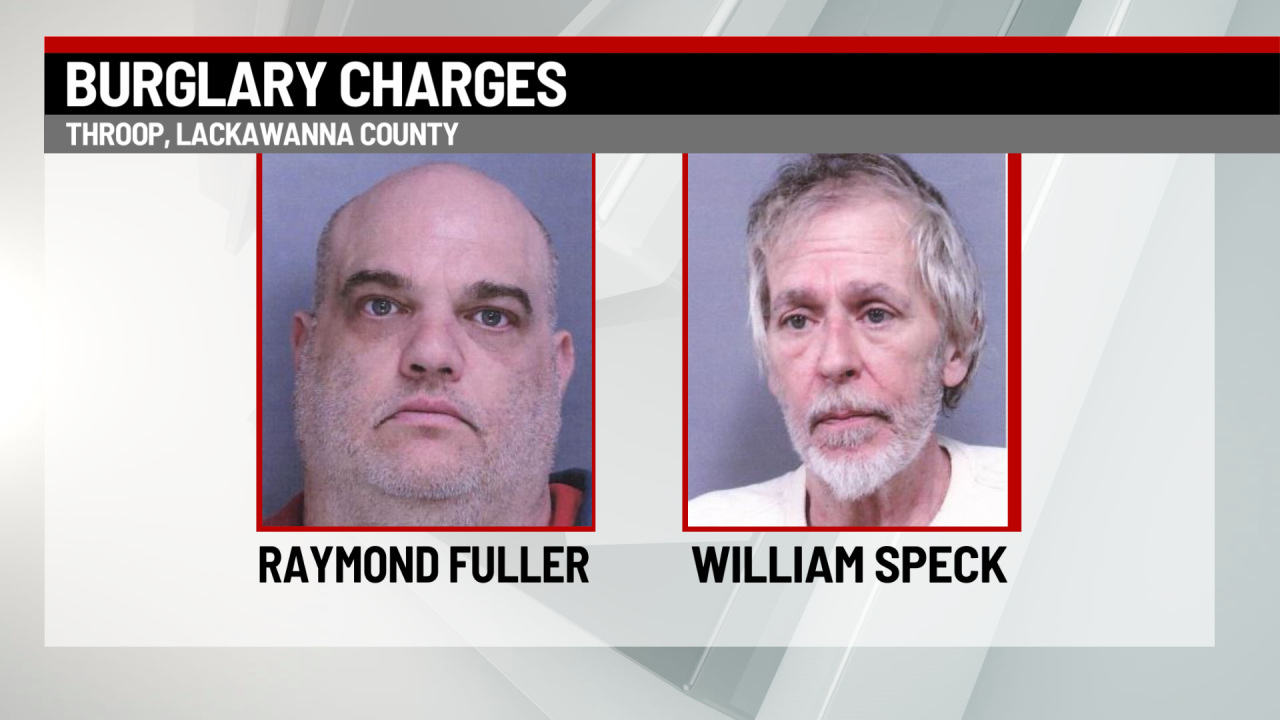 THROOP, LACKAWANNA COUNTY (WBRE/WYOU) — Police say they have charged two men after an incident involving a burglary where one man was found sleeping in the bed at the residence.

According to the Throop Police Department, on Saturday officers responded to the report of an active burglary occurring at a home in the 500 block of Dunmore Street.

The Lackawanna County Communication Center informed police that the man living in the house had the suspected burglar detained after he found him sleeping in his bed.

As stated in the affidavit, officers arrived at the scene and detained the man, identified as William Speck, 54 of Scranton. In Speck’s possession officers say they found jewelry, a dart set, lighters, a cell phone, a knife, and two bags containing rolled-up marijuana.

Speck informed investigators that he was hired, along with a second suspect, Raymond Fuller, to remove the man living at the home because he owes almost $30,000 in rent.

According to investigators, officers detained Fuller, 48, of Old Forge, and questioned the reason for his and Speck’s presence at the home on February 28 and March 5.

Fuller informed police that he was hired by a friend who owns the house to check up on the residence, stating he wants the man living there to leave for not paying rent in 4 years. Court papers state Fuller admitted to investigators that he broke into the garage, and side door of the residence taking purses, shoes, computers and cameras.

Both Fuller and Speck told the police that the damage done inside the home, items thrown, boxes on the floors and clothes everywhere, was already there when they arrived both times at the residence.