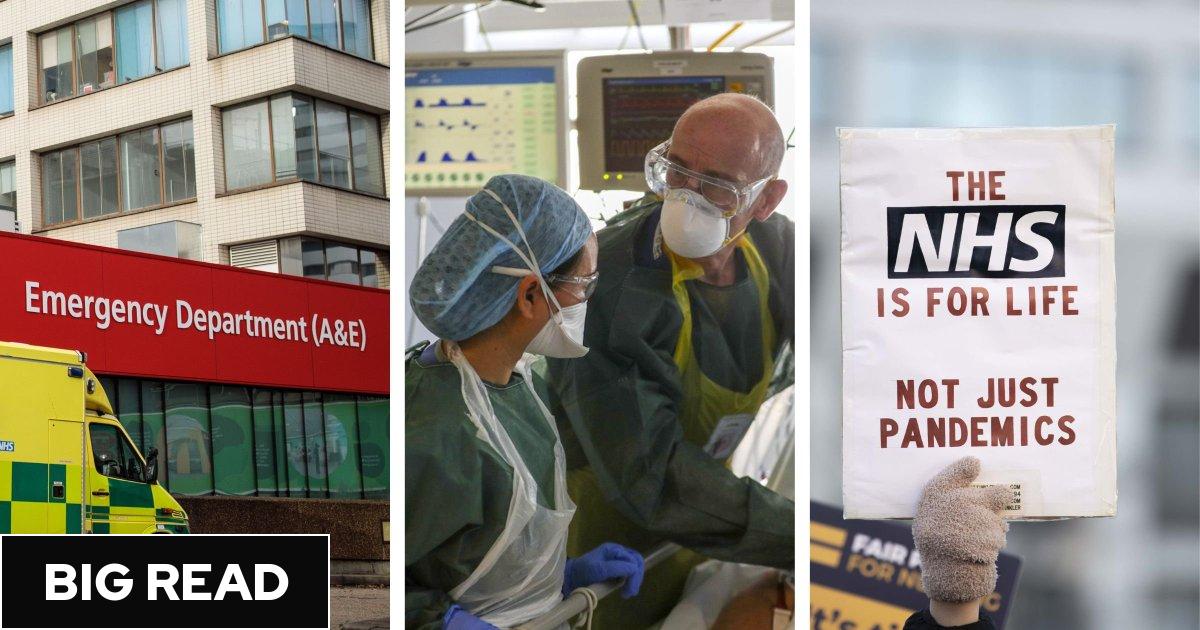 Three days in the life of an emergency registrar

When I walked up to our A&E entrance, my heart sank. All of the ambulance bays were full. Then I saw the waiting room was full too. I knew it was going to be a busy night.

I’d taken on an extra shift tonight. Normally that means I’m not in charge, but it turned out I was running the department. I started by looking at how many patients were waiting, how long they were waiting for and the number of staff on duty.

I was relieved to find there was only a four-hour wait for patients to be seen by a doctor. Clearly that’s too long and years ago it would have been very abnormal. But given what the new normal is, that isn’t bad.

Overall, we managed well. If you have lots of people waiting in ambulances, you open more areas for people to go in – a corridor effectively becomes a ward, or you open an outpatient department that is normally closed overnight – but fortunately I didn’t have to do that.

Lots of problems in A&E now are down to “bed blocking”, and I saw a perfect example of that during my shift.

Many elderly people have come recently because they’ve fallen and social care isn’t able to help them immediately with increased home visits or more equipment. Tonight it was a man in his 80s, living alone, who’d waited four hours to be seen. It was a real heartsink moment because I knew I’d have to keep him here overnight, even though medically there was nothing wrong with him.

He should have been using a frame or a stick to get around his home, but he’d just been leaning on furniture instead and he’d tripped. He wasn’t injured but he couldn’t get up and had to wait on the floor for a couple of hours before an ambulance showed up.

If he hadn’t been waiting so long, the paramedics probably could have got him up, checked him over and left him at home. But for older people, lying on the floor for a while has risks like muscle breakdown and kidney problems – plus this man had a history of high blood pressure and heart disease, so he needed blood tests.

In the daytime, we’ve got a team who can do a rapid assessment in the hospital, organize some physio, get people home and ensure they’re helped. But when they come at night, we can’t do that. They’ll need to be seen on the ward round, they’ll need to wait for a care package to start and for physios and occupational therapists to see them – and when it’s the weekend, often that won’t happen until Monday, so they can be in for 48 hours or more.

When someone is lying in a hospital bed all that time, the lack of movement means they’re losing muscle mass, plus they’re at higher risk of getting an infection being in here. Meanwhile, another bed is full, adding to our workload and potentially keeping someone stuck in an ambulance outside, while also delaying those paramedics from going to more calls.

The lack of social care provision is a problem for everyone.

For me personally, the most difficult event of the night was one of our colleagues being brought in as a patient. I walked into the resuscitation unit where the sickest patients are sent – we call it resus – and there he was. He’s only young so it was a bit shocking. He has a chronic illness that had probably been exacerbated by an infection and he needed to go up to intensive care.

It clouded the night for me because it brought back memories of looking after friends when the pandemic was at its worst. In the first year of Covid, I had to treat a couple of workmates who were sick, and other colleagues in our department died. When a colleague comes in sick now, you have some horrible thoughts. It also reminds you: that could have been me.

It was a scary time. In most cases, people were more worried about their families than themselves. Some colleagues moved out of their homes and into hospital accommodation and didn’t see their kids, didn’t see their partners. I didn’t do that – I couldn’t imagine dealing with the stress of work and the pandemic and not having any kind of support network.

There are many reminders of colleagues who died around our department – old photos of them and policies they wrote – and events are still being organized in their names. It means there’s always that presence; you can’t get away from the memory of them and what happened, it stays at the forefront of people’s minds.

This is why seeing Matt Hancock going on I’m a Celebrity, Get Me Out of Here felt so galling. Some of the blame people apportioned to him probably isn’t fair, it wasn’t all down to decisions he made. Knowing his political life is over, he’s just trying to earn as much money as he can. In a way, I don’t blame him. But is it still insulting to everyone like us? Yes of course.

I was worried about my colleague, but just like with Covid, tonight I had to get on with my job all the same.

My last patient of the night was a chap who had advanced cancer and was too frail to be treated, so he’d been sent home on a palliative end-of-life plan, but then he’d got a bad infection which had gone septic. We treated him with antibiotics and fluids, knowing it was unlikely to help. I had to call his brother to say he was probably going to die and they needed to come in.

If the ambulance service were a bit more empowered to make decisions, maybe this gentleman could have stayed at home. His family could have visited him there and he could have passed away peacefully in his bed – rather than enduring an ambulance and being poked with needles for a treatment that would probably make no difference anyway.

We have quite a lot of patients like this, where the ambulance service call us up and say: ‘I think this person is dying.’ Ok, but is it in their best interests to be brought in? For some people, the hospital is the right place – but for many people it’s not. Unfortunately, often the situation hasn’t been discussed, meaning their home isn’t set up for end-of-life care with the right medications and so on.

The gentleman was still alive when I left this morning but things weren’t looking good. When I go back tonight, I’ll see what happened to him. For some cases I look up the patients before I start my shift or during my break – especially if it looked like they were going to die, or in medically interesting cases where I didn’t know what was wrong and wanted to learn for next time .

I picked up a hot chocolate on my way home and got back home about 9am. I treat mornings after night shifts as if they’re my evening, so sometimes I’ll have an alcoholic drink. I’ll sit and chill with my pets and watch some rubbish TV to unwind, and then head to bed around 10 or 11.

I’ve been doing night shifts since I was 18, so I’m used to switching to sleeping in the daytime now. My partner and I have blackout blinds in the bedroom and I use a blindfold as well. Sometimes I struggle after the first shift but I’m usually ok after that.