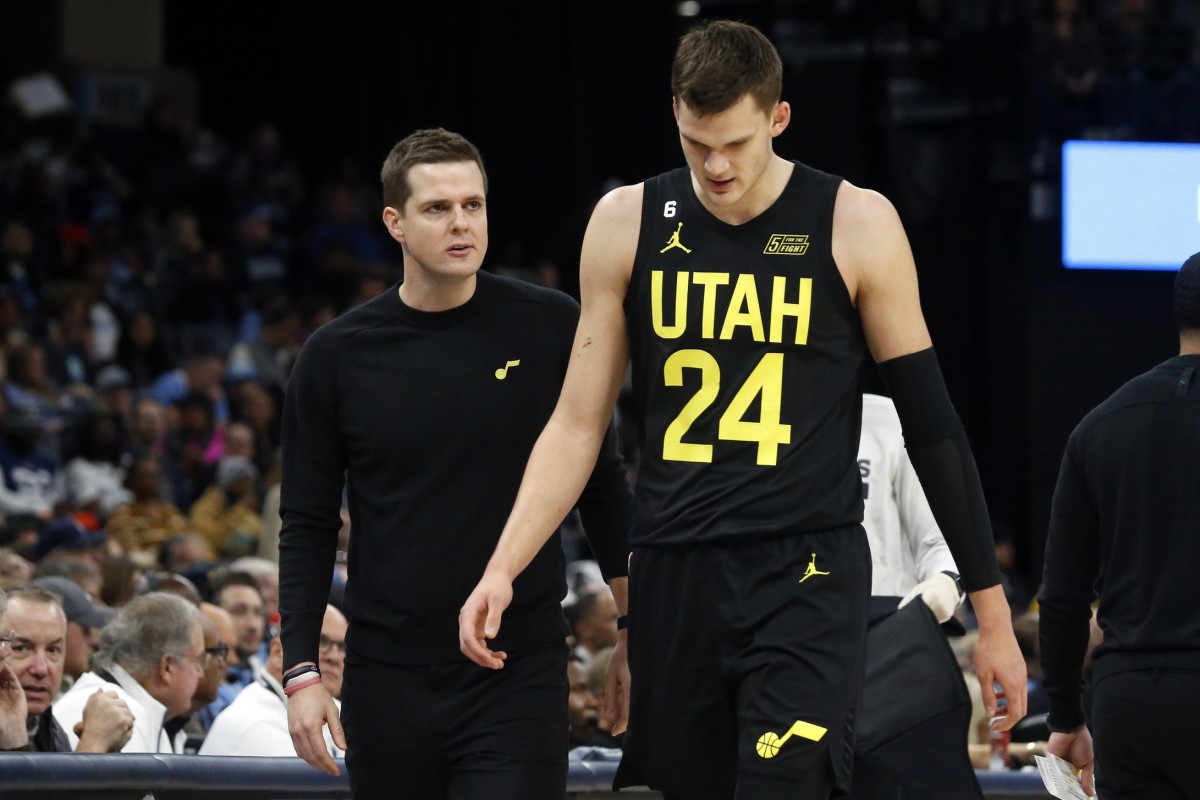 Prior to the 2022-23 NBA season, the Utah Jazz acquiring a top-five pick was perceived as a foregone conclusion, with the oddsmakers projecting a win total of only 24 games. But that’s why they lace them up, and where things now stand, the Jazz acquiring the likes of Victor Wembanyama or Scoot Henderson doesn’t appear to be in the cards.

However, is there still time to tank post-trade deadline and at least get a top-10 pick, or has that ship sailed, too?

Let’s take a look at three reasons why Jazz Nation can finally put the thought of tanking the season to bed.

The first half of the season, Utah was a bottom-five team in defensive rating. The combination of below-average perimeter defenders and Kelly Olynyk protecting the rim led to games that looked like a layup drill on the defensive end.

Well, those days are long gone with Kessler being inserted in the starting lineup. Utah ranked dead last in points allowed in the paint prior to the change, relinquishing 55 points per contest. However, that number has shrunk to 47.2 in the last five games with Kessler as the starter.

On the surface, a 7.8-point difference doesn’t feel like much, but it would rank the Jazz as a top-five team in that category if they can keep it up. Also, Utah is 7-3 in contests where Kessler is on the court for more than half the game. Defense travels and Kessler receiving starter minutes translates to a team that will be competing for a playoff spot moving forward.

Elite players around the league continue to miss time due to injury or rest management. The Jazz have played in a plethora of games with the opponent’s best player sitting out.

Expect Utah to steal some wins post-All-Star break as teams take the side of caution while resting key players in preparation for the playoffs.

Utah’s first two months of the season amounted to one of the most brutal schedules ever dished out by the NBA in recent memory, but the second-half stretch softens up, which bodes well for the anti-tank Jazz fan.

The Jazz have six games against tanking teams in the second half of the season when they face the San Antonio Spurs (three), Charlotte Hornets (two), and Orlando Magic (one). In fact, out of Utah’s last 34 games, only 14 contests are versus teams that have a winning record.

Also, the schedulers had Utah playing in 12 back-to-backs this season, but only three remain the rest of the way.

It all adds up to Utah getting over the 41-win threshold and a first-round draft pick in the 11-20 range.