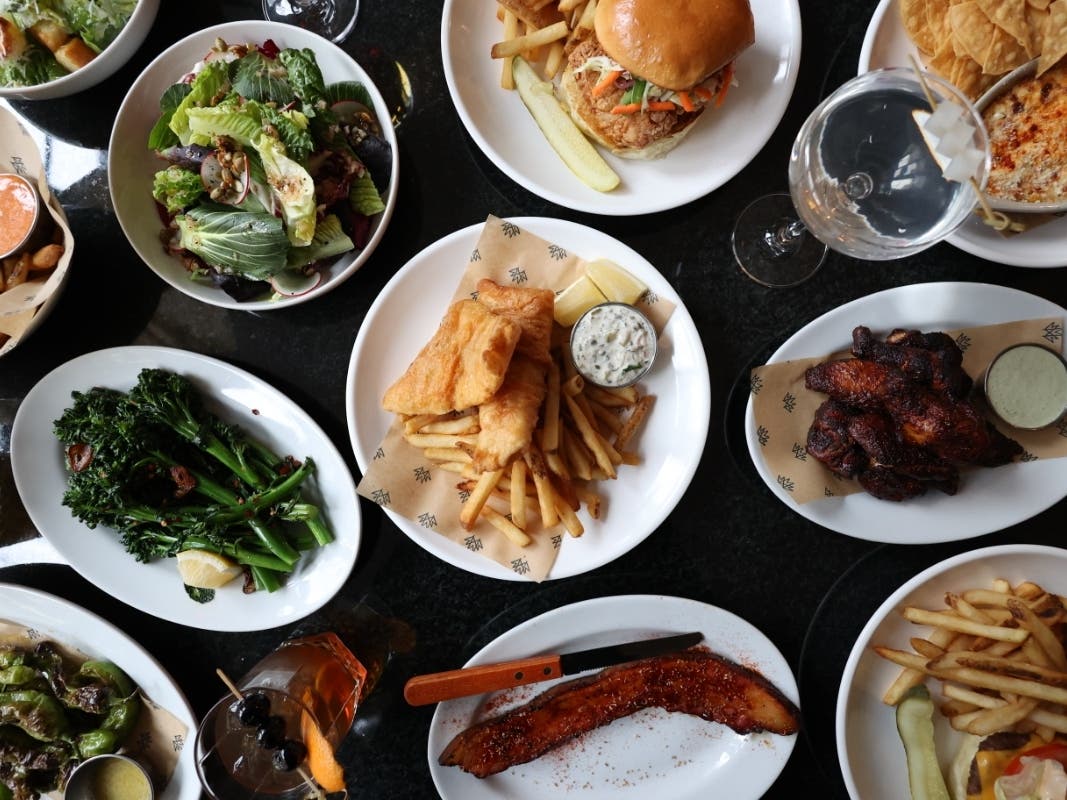 BED-STUY, BROOKLYN — Fulton Street has a new cocktail restaurant run by a team of chefs with a proven track record.

Three Maples, located at 1452 Fulton St. near Tompkins Avenue, is aiming to become a new neighborhood spot for food, cocktails and a “tightly curated” beer and wine list, according to the restaurant.

Menu items include an eloté dip, charred baby broccoli, salads, a spicy fried chicken sandwich and a $15 short-rib burger. A daily happy hour from 4-6 pm offers a $15 beer and burger, $10 glasses of wine and cocktails and a dollar off draft beers.

Cocktails range from $11 to $15, with a house specialty cocktail called the Triple M, with brown butter washed bourbon, Berkshire maple syrup, and orange bitters. Draft beers are either $8 or $9.

For Lief, a native New Yorker, opening Three Maples earlier this month was a homecoming.

“To have our own spot in the town where I was born, in a neighborhood we love, is a dream come true. It feels really good to have our own place where we can control everything (whereas before we popped up at various food halls or bars or festivals – opportunities we were grateful for to get our start),” he said in a statement to Patch. “This is finally the moment for us to express ourselves in our own place.”

The new spot is co-owned and operated by the three-chef team behind the popular Landhaus stall, which became known for a notoriously thick-cut bacon-on-a-stick covered in a maple glaze.

Landhaus got its start at Smorgasburg before settling into Crown Heights’ Berg’n until the pandemic forced the popular beer hall to close.

Lief’s fellow chefs and co-owners include Maria Dela Cruz, who was born in Manila and had previously worked in the kitchen at SoHo House, and Michael Felix, a southern California native who was raised in a Mexican and Korean household and moved to New York at 18-years-old, not knowing a soul in the city.

Three Maples will also feature the return of the Cottage bacon, available for $10.