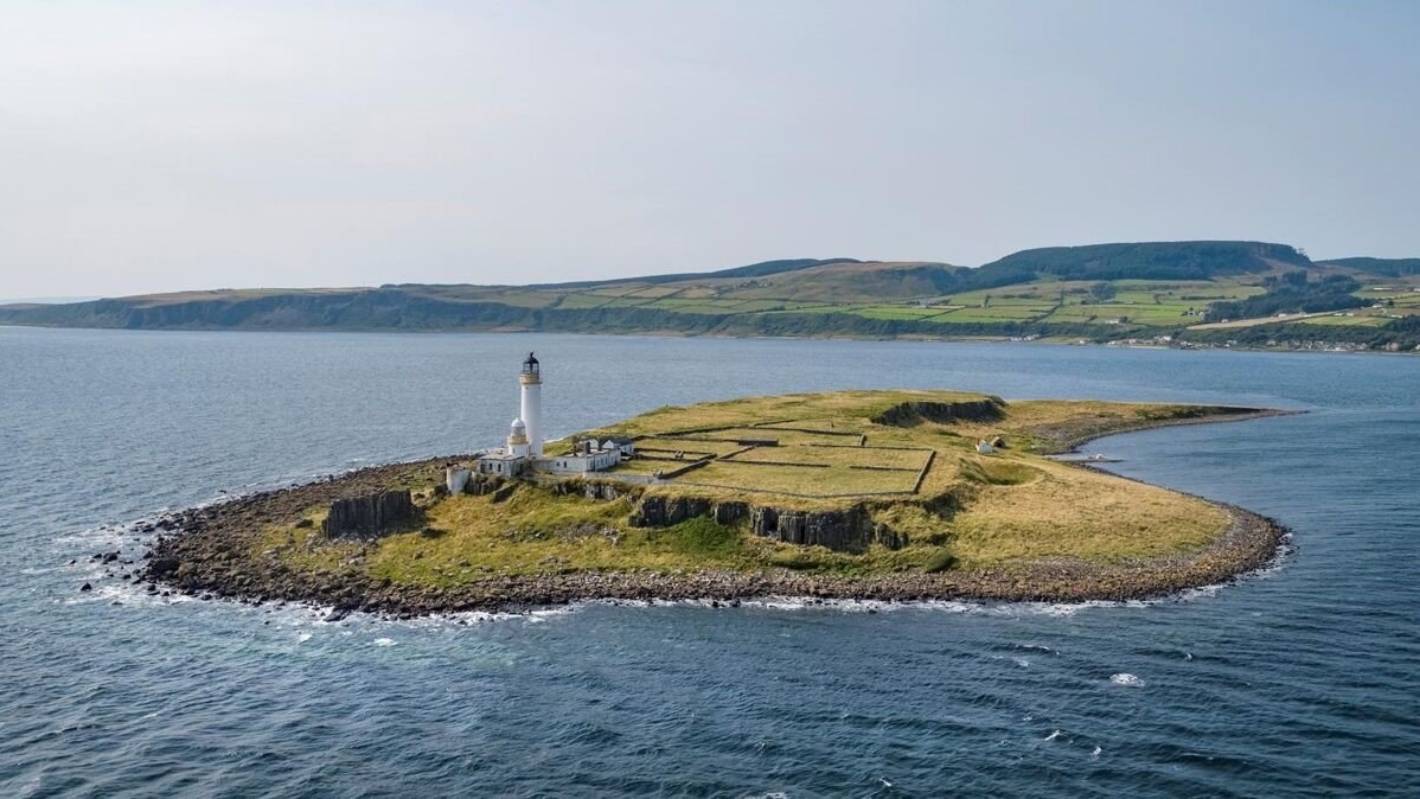 Still struggling to get into the Kiwi housing market? How about chucking it in for a chance to own your own island off the coast of Scotland? It’d be cheaper.

Treeless, wind-swept Pladda Island, about 1km off the Isle of Arran in the Firth of Clyde, is for sale.

According to the listing, the uninhabited, 11.32-hectare island has a lighthouse, a keepers’ cottage and an “extensive range of traditional outbuildings with development potential”. There are also stone-walled gardens, pens for livestock, and a helipad for a quick getaway.

READ MORE:
* Historic lighthouse has been warning ships in the Waitematā Harbor for 150 years
* A private island in Scotland is up for sale but it has an eerie past
* Here’s your chance to be a lighthouse keeper in a castle fortress

Just 700 meters long, the island is only 27m above sea level, so if you’re thinking of it as an end-times bolthole you might need to be prepared for sea level rise. It does, however, have a freshwater spring.

The lighthouse keepers’ cottage has five double bedrooms, two sitting rooms and a dining room, and there is a second dwelling with a double bedroom, kitchen, reception and bathroom nearby. Both buildings are in need of updating as they have been empty for a long time.

Bird watchers will want to take note, as the island is considered an “important breeding ground” for migratory seabirds.

“Over 100 species of birds have been recorded on Pladda Island in the past. The island has successful breeding colonies of Arctic terns, a variety of gull species, turnstones and shags.”

Other than that, there are no shops, roads or bridges to the 11.3ha island. It is accessible by boat, with a jetty that has most likely been in use since before the first lighthouse was put here in the 18th century.

The listing is with UK agency Knight Frank.

That property needed less work because the home had already been renovated. However, it had a creepy past, having made headlines in 1960 when the lighthouse keeper killed his colleague.