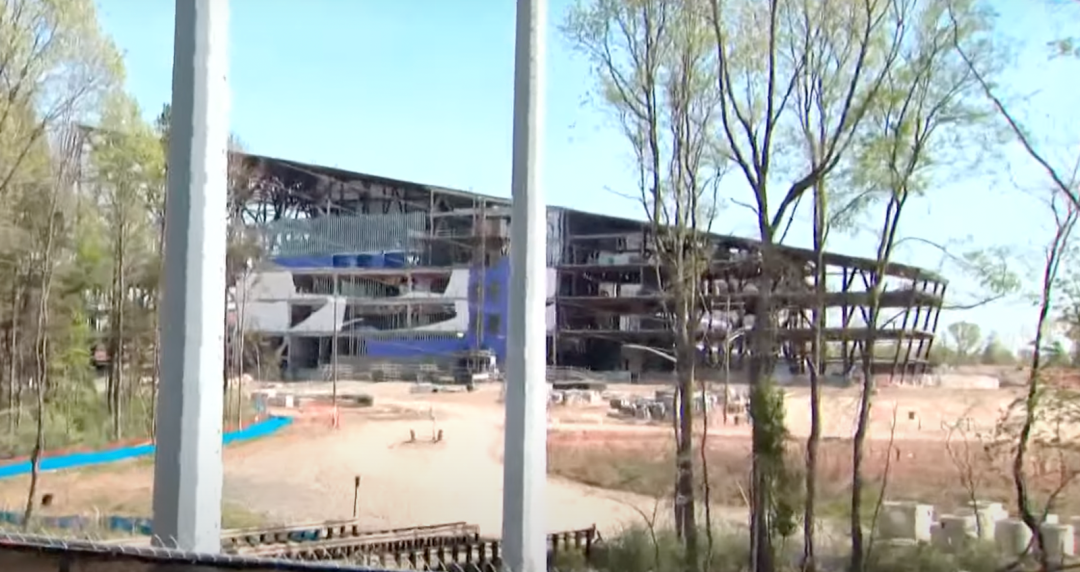 Back in June of 2019, the city of Rock Hill, South Carolina, threw itself something of a party. The occasion being celebrated was the local government’s successful wooing of the Carolina Panthers, who had just agreed to build a new $800 million practice facility in town. York County, where Rock Hill is located, closed the deal by signing a bill that would grant the Panthers $115 million in tax incentives over the course of 15 years. At the rally in 2019, Rock Hill Mayor John Gettys compared the Panthers’ impending arrival to Disney World’s arrival in Florida.

If this was embarrassing (really? Disney World?) and foolhardy (tax breaks for a practice facility?) at the moment, it is even more so today. That’s because the Panthers, who are currently smack in the middle of constructing that new practice facility, just announced that they are terminating their agreement with the county. Panthers owner David Tepper issued a statement yesterday through his holding company, claiming that Rock Hill had become delinquent in its obligation to fund public infrastructure costs related to the construction of the practice facility. Various state and local government officials issued yesterday releasing defensive statements of their own, and York County maintains that it has met all of its financial obligations thus far.

The dispute is over $225 million in public infrastructure funding that the team requested from the county. That money never came, and so in March 2021 the Panthers paused construction of the facility, which apparently spooked the county enough to propose a new financing deal that would repay the Panthers for the up-front infrastructure costs through four additional years of incentives. That still wasn’t good enough for the Panthers, though, and so Tepper went ahead yesterday and announced his intent to walk away from the project.

Given the relatively vague nature of the statements that have been released by both sides, it’s unclear whether the county originally promised to pony up $225 million that it now doesn’t have, or if the Panthers sprung the request for that extra money out of the blue. The answer doesn’t really matter at this point, though, because either way Rock Hill has a big mess on its hands. Not only is the city facing the prospect of being left with a half-built practice facility on a huge chunk of land that it already sold to the Panthers, it has already begun overhauling the I-77 interchange that is near the site of the practice facility, a project that was undertaken for the purpose of accommodating the additional traffic that the facility would bring. The South Carolina Department of Transportation has already received $34 million in federal funds for that project, and it will continue whether or not the Panthers finish their own construction project.

So what choice do Rock Hill and York County have? They can either fork over the $225 million the Panthers are asking for, or they can refuse and enjoy their abandoned construction site and needlessly beefed-up interchange for years to come. Tepper seems to understand that this isn’t much of a choice at all, which is probably why his statement yesterday ended by claiming that the team is “prepared to sit down with the city and other interested parties to discuss the significant challenges ahead.” Tepper’s acting like a man who knows that he’s eventually going to get everything he wants, either from Rock Hill or the next town he decides to try to pull his scam with.

And if Rock Hill and York County do eventually pay that $225 million, what are the people who live there going to get as a return on their investment? I don’t think I need to explain to you that bullshit promises of “economic impact” are doubly hollow when brought up in relation to a practice facility rather than a stadium, but let’s give Tepper the floor for a moment. Here’s what he promised to bring the people of Rock Hill at that rally in 2019, which, again, was meant to mark the beginning of a transformation as meaningful as the one Disney World had on Orlando:

World class orthopedic places and executive medicine? Heck, if that won’t stimulate the local economy, I don’t know what will! The county should just go ahead and approve $500 million of additional funding right now, because how can you even put a price tag on people “using the airport over there from all over the country.”