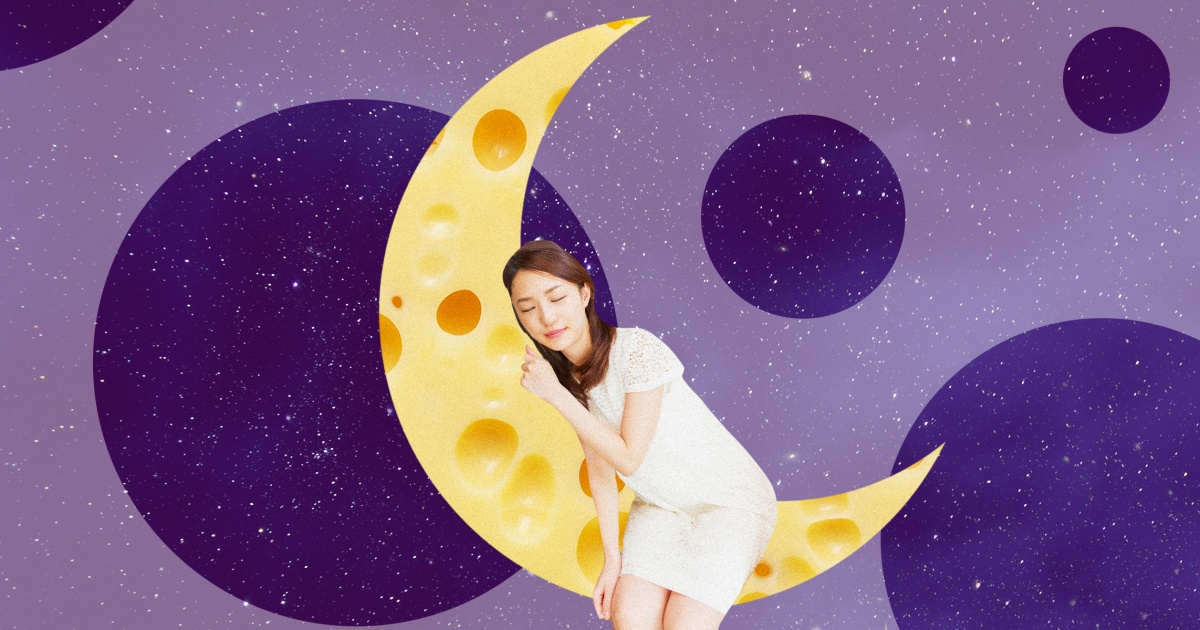 Don’t you hate it when you wake from an especially Gouda dream, and then later on, you Camembert it?

There’s a scene in Charles Dickens’ “A Christmas Carol” (the Muppet one, of course) when Scrooge dismisses the ghost of his old partner Marley as an artifact of dinner. “You may be an undigested bit of beef, a blot of mustard, a crumb of cheese, a fragment of an underdone potato. There’s more of gravy than of grave about you, whatever you are!” hey scoffs.

It’s an old idea, then, that a heavy meal can affect our dreams, and it’s cheese that’s often singled out for blame when it’s a bad one. The snooze experts at Sleep Junkie, online home of mattress reviews and sleep research, want to get to the bottom of this dreamy, creamy legend. The company is paying a few lucky participants to record their dreams after eating different cheeses every night for three months. The cheese-eaters’ compensation, other than all that free cheese? $1,000. That’s a lot of cheddar!

Dorothy Chambers, an in-house sleep expert with Sleep Junkie, tells TODAY.com that the researchers have several questions in mind. “Do testers feel they sleep better or worse after eating cheese right before bedtime? Are they more energized when they wake up? Are they experiencing more nightmares? Are there nutritional aspects to consider if we hear that certain cheeses trigger similar responses among participants?”

“How can I apply?” you might be thinking — and you wouldn’t be the only one. Just one week since posting the application online, the company has received over 15,000 requests to participate.

There’s quite a bit of research on the effects of our late-night meals on our chances of getting restful shut-eye. Things like tryptophan, B vitamins, histamine, tyrosine and lactose are all implicated in changes to the quality of sleep, for better or worse — some of them might make sleep deeper, and some might increase chances of waking from a dream in order to remember it.

Even though cheese is one of the only foods that may contain all of those compounds, the studies on it in particular are pretty slim. One from 2005 found that over 75% of people who ate a type of blue cheese before bed reported more vivid dreams, but perhaps the (*checks notes*) British Cheese Board researchers weren’t the most rigorously unbiased investigatory team. Still, a couple of the dreams from that study were intriguingly bonkers, according to NPR’s interview with the organization’s secretary: a battle was fought with kittens instead of guns, and a vegetarian crocodile bemoaned not being able to eat little children anymore.

That sounds more pleasantly hilarious than nightmarish to us. As much as we love Scrooge’s fontina-fueled fever dream, maybe it was Shakespeare’s King Lear who had it right, mumbling to his dreamland menagerie:

“Peace, peace; this piece of toasted cheese will not.”