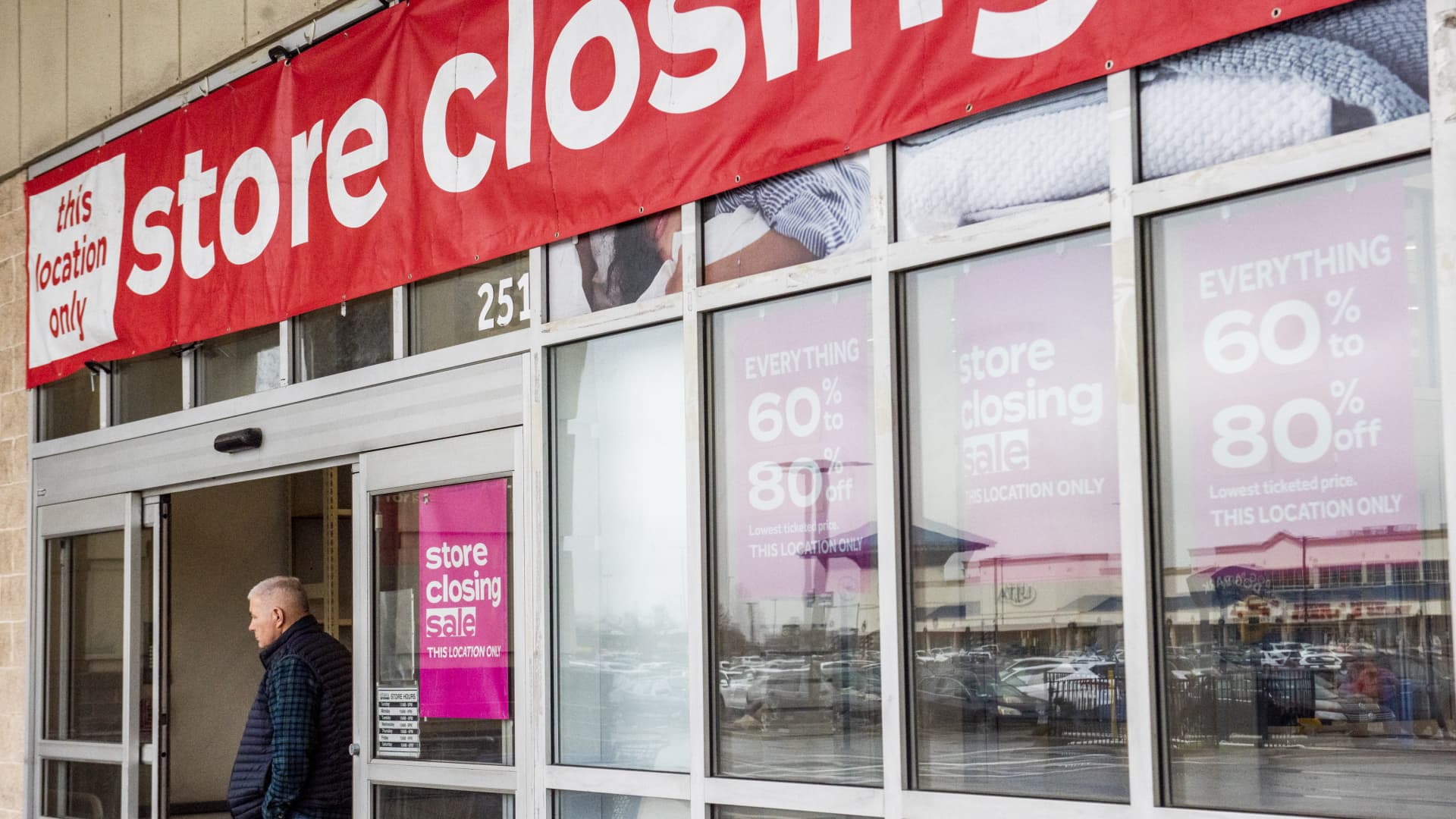 As Bed Bath & Beyond continues to struggle, it’s already closed some of its stores and may have to shutter even more, especially if it files for bankruptcy. That could boost its competitors with stores near those locations, according to Telsey Advisory Group. To assess which other retailers might benefit, the firm in a note Wednesday analyzed the proximity of those Bed Bath & Beyond locations that are closing – which span 37 states – to the distance to other, similar home furnishing outlets. “Our data showed that Target and Walmart have the greatest number of stores near a closing Bed Bath & Beyond,” said analyst Cristina Fernández. “In fact, 63% of closing Bed Bath & Beyond stores have a Target within one mile and 85% within three miles.” TGT 1Y mountain Target down about a quarter in past year Walmart is next on the list, as 53% of closing Bed Bath & Beyond stores have a Walmart within one mile, and 83% have one within three miles. TJX concept stores are next, with 37% of soon-to-be shuttered Bed Bath & Beyond stores having one within a mile and 54% within three miles. Of those, TJ Maxx is the most likely to benefit, as 46% of the Bed Bath & Beyond stores slated to close have one within a mile and 64% are within three miles of the discount retailer. Retailers such as Burlington and Ross could also see benefits, according to the note. Potential sales lift for retailers The main benefit retailers would see from Bed Bath & Beyond store closures is higher sales as they attract a similar consumer base. It’s likely that Bed Bath & Beyond will cede $750-$800 million in sales due to the store closings, according to Telsey. That could lead to a sales boost of about 0.05% to 0.40% on an annual basis, according to the note. Telsey sees the estimated benefit to online store Wayfair, Burlington, Ross, TJX and Target in the range of 0.20% and 0.40% on the year. For Amazon and Walmart, it will likely be around 0.05%, Fernández said. If all Bed Bath & Beyond stores were to close, the benefit to its competitors would be even higher, as it would give up roughly $4.3 billion in sales. Of course, some of the retailers that would potentially benefit from Bed Bath & Beyond closing altogether are struggling themselves amid a potential recession, tight labor market and ongoing issues tied to the pandemic. Additional sales could serve as a lifeline were the economy to weaken further. In Target’s latest earnings release, the chain cut its fourth-quarter outlook after sales slowed. Walmart also said that it’s seeing a shift in consumer behavior, with even wealthy shoppers searching for deals. Wayfair recently laid off 1,750 workers due to a company-wide restructuring and cost-cutting effort. Analysts cheered the move, but it’s unclear if the cost-cutting leads to greater profitability at the discount chain. Extra sales would be welcome as Wayfair tries to become more profitable. The online retailer has spent heavily on attracting and retaining new customers. — CNBC’s Michael Bloom contributed reporting.