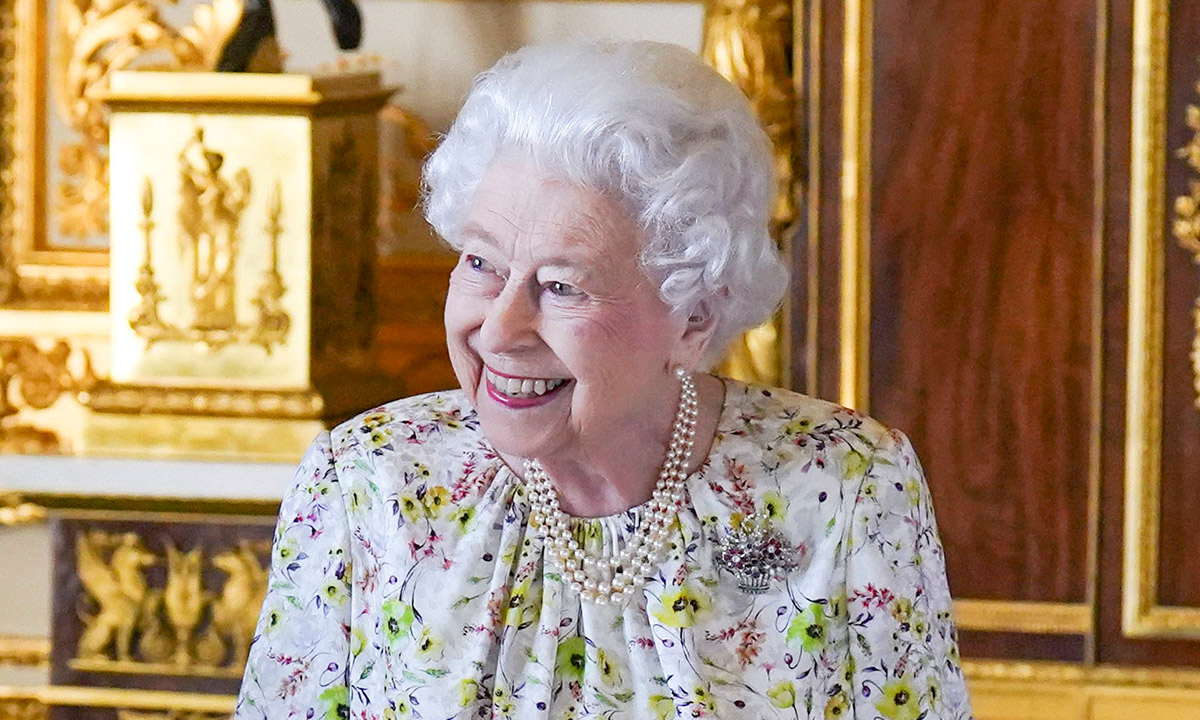 
The Queen’s home: Her Majesty has a jaw-dropping bed at her home of Windsor Castle – and she doesn’t even sleep in it

TheQueen now permanently resides at her impressive residence of Windsor Castle, and on Thursday, one of the eye-popping bedrooms at the castle was revealed on Instagram.

The Royal Collection Trust shared a photograph inside of the King’s Bedchamber featuring a mind-blowing bed which was originally made for Queen Victoria’s uncle, George IV and was used at Carlton House.

WATCH: The Queen’s chandeliers are cleaned in fascinating photo

The grand canopy hanging above the four-poster bed is the most captivating element, in contrasting colors of green and purple. Look closely and you’ll see the crown at the top complete with ostrich feather detail!

While it’s not the monarch’s personal bed, we’re still quite surprised to see a creation as zany as this inside the walls of a royal residence.

Fans were blown away by the bed, taking to the comments section to express their thoughts.
“The canopy makes the bed look so tiny,” one pointed out. “It’s so beautiful,” penned another, while a third wrote: “Magnificent.”

The monarch has this eccentric bed at his Windsor Castle home

The caption of the striking image read: “When Napoleon III visited Queen Victoria at Windsor Castle in 1855, this bed was specially re-upholstered in his personal colors – purple and green. A magnificent ostrich-feather plume crowns the silk canopy.

“The bed originally belonged to Queen Victoria’s uncle, George IV, and was made for his bedroom at Carlton House in London in the 1780s. Today you can see it in the King’s Bedchamber on a visit to Windsor Castle.”

MORE: Why the Queen let Princess Anne live in the highest ranking royal palace instead of her

On Saturday, the Queen’s home of Windsor Castle will be opening the doors to the Waterloo Chamber for fans to view on their tour.

The Queen resides at the castle permanently now

Last week, the RCT shared a video of the monarch’s giant chandeliers being polished ahead of welcoming visitors and they looked truly splendid.

The beautiful clips of the spectacular light fittings being cleaned and pulled back up to the ceiling were mesmerizing to watch.

Make sure you never miss a ROYAL story! Sign up to our newsletter to get all of our celebrity and royal news delivered directly to your inbox.