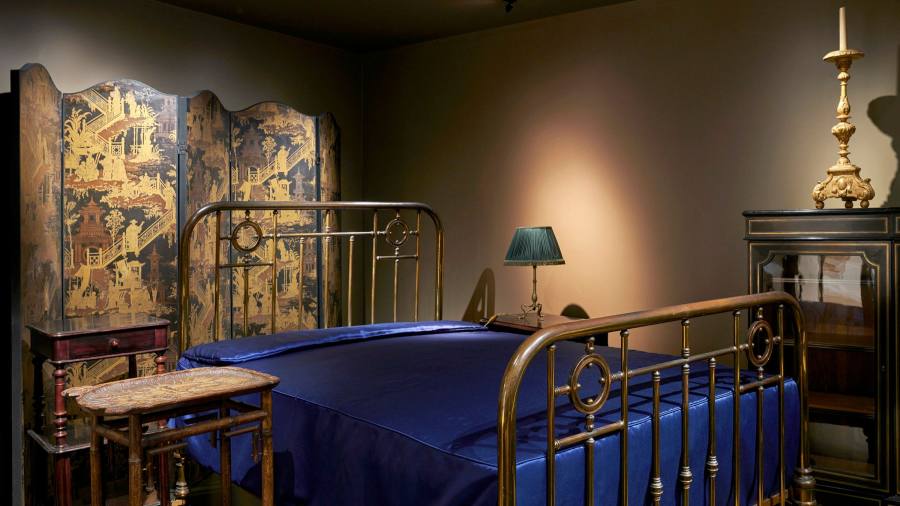 After the series The home in 50 properties, based on exhibits from the London Museum of the Home, we focus on residential objects from all over the world

You can do a lot more than sleep on a bed. In her installation “My Bed” from 1998, Tracey Emin dealt publicly and very chaotically with a breakup.

As early as 1969, John Lennon and Yoko Ono ran their Bed-ins for Peace. That same year, Bob Dylan lazily ordered his lady to “lay over my large brass bed.”

But these accomplishments pale next to what Marcel Proust achieved on his humble brass bed. The French writer wrote most of his masterpieces In Search of Lost Time on it, from 1909 until his death in 1922. All seven volumes and 1,267,069 words thereof.

“Life is too short and Proust is too long,” remarked the French writer Anatole France after the first volume was published in 1913.

Proust brought the bed out of his parents’ house and kept it until his death. He worked at various Parisian addresses, frail and asthmatic, lying down through the night. Surrounded by notebooks and photographs, he used a tray on his knees as a desk and his fur coat as a blanket to sleep during the day.

From a beau-monde-amateur, he became, according to Graham Greene, “the greatest writer of the 20th century”.

“An hour is not just an hour,” wrote Proust, “it is a vase full of smells and sounds, projects and climate zones.” In Search of Lost Time contains the original Proustic moment when eating a madeleine takes the narrator back to childhood and unleashes a deluge of memories and sensations.

The exploration of time, space and the mystery of memory seems particularly appropriate in our age of Insta-Everything, in which the hours are increasingly disappearing into a virtual rabbit hole.

An enduring fascination with Proust has a number of biographies and popular books such as Alain de Bottons How Proust can change your life. In May of this year, Adam Gopnik wrote in the New Yorker that Proust “creates fanaticism – less cult status than cathedral status”.

From December 16, believers can see the bed and other sacred Proustian objects in an exhibition at the Musée Carnavalet in Paris.

“On his deathbed,” remarked the writer François Mauriac, “he didn’t look 50, not even 30 – as if time hadn’t dared touch him who had tamed and conquered it.”