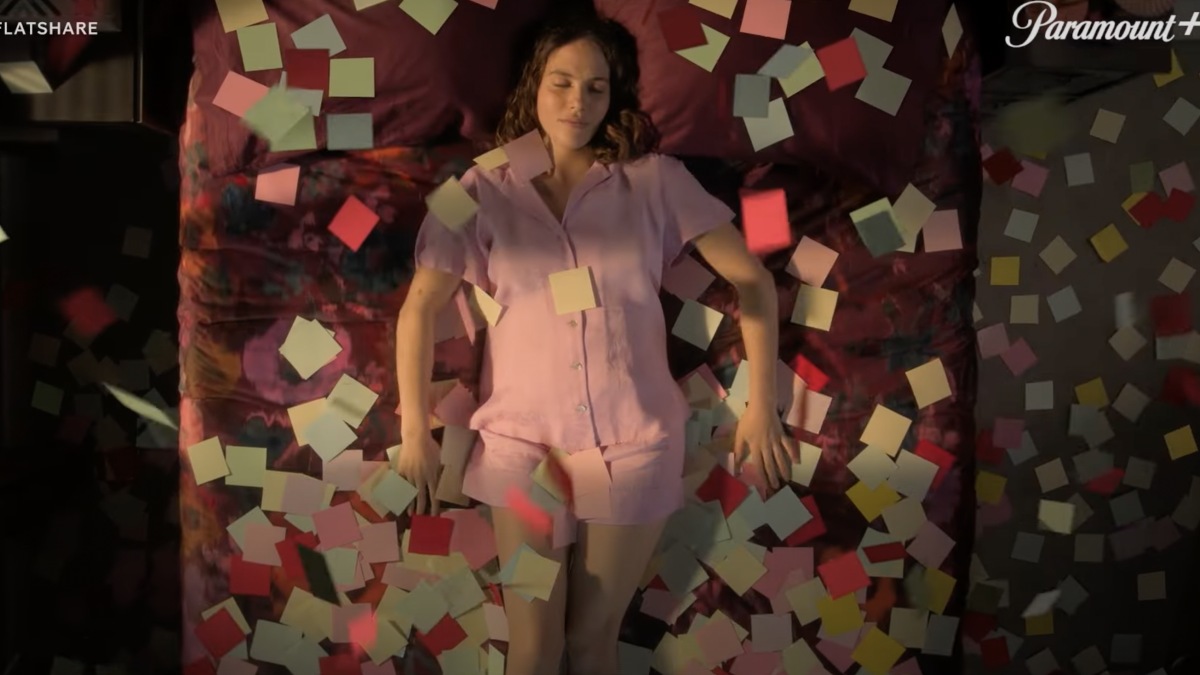 A London flatshare isn’t exactly the setting you’d associate with a typical rom-com.

But somehow, the trailer for Paramount+’s The flat share makes a nightmarish living situation look… well, kinda romantic, tbh. Of course, that doesn’t exactly align with the painful reality of the hellscape that is London’s rental scene.

The six-part series is an adaptation of Beth O’Leary’s 2019 bestselling novel of the same name.

The series stars Jessica Brown Findlay (aka Lady Sybil from Downton Abbey) as Tiffany and Anthony Welsh as Leon — two flatmates who share a bed but haven’t actually met.

The story follows the pair, two skint 20-somethings, who end up in a bit of an unconventional living situation — sharing a one-bed flat. How does this arrangement work, then?

Well, Leon works nights and needs the money. Tiffany has the bed at night, while Leon occupies it during the day while she’s at work. They communicate via post-it notes. With major Sleepless in Seattle vibes, the story questions whether it’s possible to fall in love with someone you’ve never met.

The flat share will be available to stream on Paramount+ on Dec. 1.