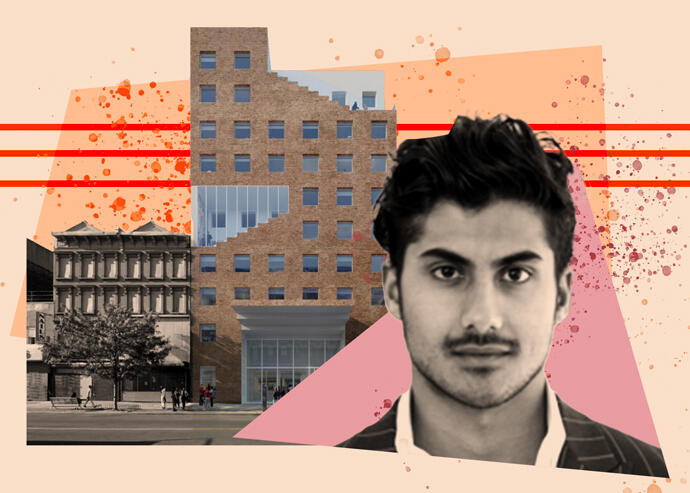 The former site of Brooklyn’s historic Slave Theater, once slated for a co-living facility designed by architect Sou Fujimoto, is being foreclosed.

Co-living startup The Collective has defaulted on loan payments backed by its equity on the vacant 3-acre property at 1215 Fulton Street in Bedford-Stuyvesant, according to a public notice.

A company owned by Long Island-based lender Acres Capital has launched a UCC foreclosure auction for the startup’s stake in the package, according to the announcement, which did not specify the size of the loan or the alleged debt of The Collective. The auction is scheduled for December 15th.

Acres also provided The Collective with two mortgage loans backed by the property: a senior mortgage of $ 26.7 million and a complementary loan of $ 4.4 million, according to public records. Both were issued in February 2019 when The Collective bought the site for $ 32.5 million.

Founded in 2010 by young entrepreneur Reza Merchant, the UK startup quickly grew into a $ 1 billion company, but struggled with a decline in occupancy during the pandemic. The company unsuccessfully looked for a buyer before getting into administration in September – a legal remedy resembling bankruptcy in the US – Bloomberg reported.

The vacant lot used to house the historic Slave Theater, a movie theater that became a hub for civil rights activists, including Al Sharpton, in the 1980s and 1990s before being demolished in 2016. When purchasing the property three years later, The Collective stated that it would honor the history of the site with its planned 150-unit development, which was later expanded to 336 residential and hotel units, according to the records.

The Collective will also lose its 500-unit flagship at 555 Broadway in Williamsburg after falling behind on its mortgage payments, according to sources.