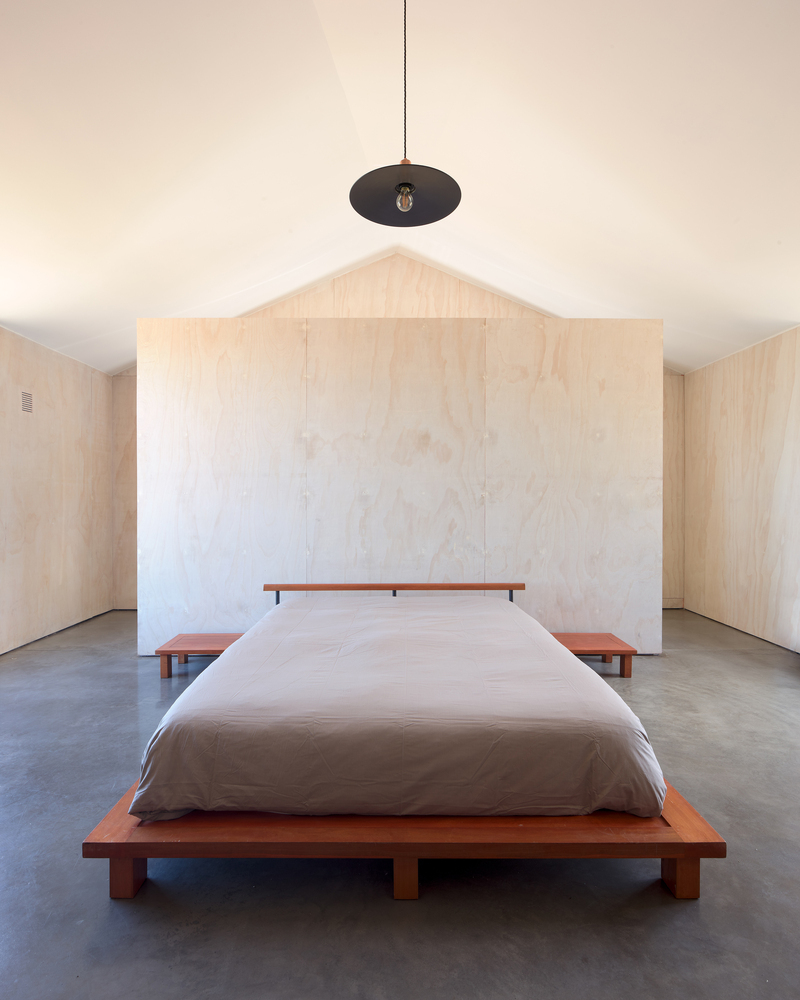 The bathroom behind the bed: 8 bedrooms with integrated bathrooms 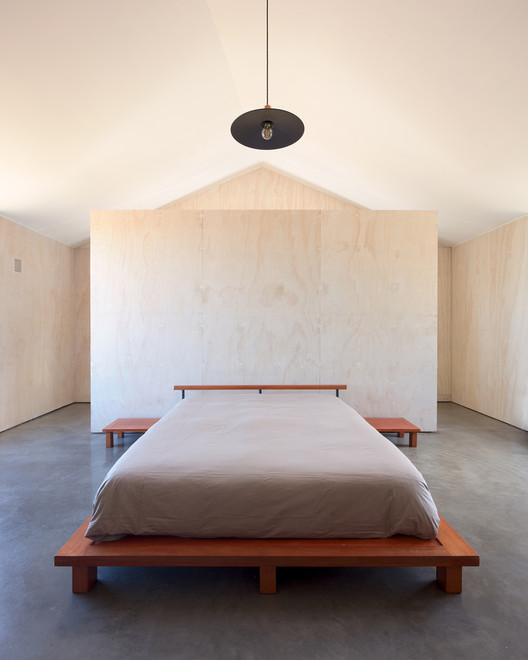 In contrast to classical architecture, which is characterized by a series of rooms with very defined functions and spaces, current architecture tries to integrate rooms in order to achieve a high degree of adaptability and flexibility. In this way, the boundaries between the housings are blurred and new solutions are created that are worth analyzing. In bedrooms, bathrooms are often no longer just a small, secluded adjoining room, but are integrated into a discreetly hidden multifunctional room. Like Mies van der Rohe who used to group services in strategic areas to create open floors, let’s look at some cases that have adopted the specific solution of the hidden bathroom just behind the bed.

In the case of the Casa Hualle by Ampuero Yutronic, the same wall that faces the bed makes it possible to hide the bathroom with double access, which acts as a support for the washbasins and the mirror on the back. Like the rest of the room, clad in light wood, the bathroom remains hidden, but is highly integrated, including a bathtub with a view of the landscape, a shower and a private toilet. The partition wall does not reach the ceiling and the floor is made of the same material, which means that all designed rooms are integrated even better.

Archterra Architects’ Wilderness House is characterized by continuous circulation around its perimeter, hiding the bathroom behind the low wall, with its back to the main bed facing the landscape. Unlike the previous case, this white wall is divided into two parts: a storage space and a curved space that includes a shower and a bathtub. Behind it are the sinks and other supporting furniture, while the toilet has been divided into a small adjoining cubicle to prevent odors from entering the bedroom.

Andramatin’s AW Residence project includes two mirrored bedrooms with hidden bathrooms behind their beds. In this case, the wall enables the installation of a washbasin and storage space, and the toilet and shower are separated in an opaque glass cubicle. Here the wall is much thinner than in the previous cases, but it reaches the full height of the room.

Hufft Projects heavy metal house uses the space behind the bed to create a large bathroom with a sink, walk-in closet, and shower that opens into a courtyard. The wall separating them reaches the full height of the room and is clad with wood towards the bedroom. The toilet is also located separately in a closed cabin.

The MINIMOD Catuçaba project by MAPA as a prefabricated house with a minimal scale uses this solution to make optimal use of the square meters of the house. The bed has its back to a volume that contains storage space, a sink and toilet and separates the bedroom from the kitchen and living room. To avoid unwanted smells, two sliding doors have been placed that allow the bathroom to be opened and closed, giving users more privacy.

Taking advantage of the freedom that hotel design offers, this strategy is taken to extremes in the VISAYA Hotel by ATDESIGN. The white wall facing away from the bed hides the washbasin, storage space, toilet and a glass-enclosed shower, while a sculptural bathtub is completely free and placed in a corner of the room, offering a spectacular view of the surrounding landscape.

In 322 Reinvented by Substance Architecture, the entire wall is transformed into a multifunctional space, including storage space, a glass shower in the middle and a mirrored washbasin on the back. The bathtub and toilet are in two separate cabins, one on each side of this central wall.

For the mixed-use project Nanyang 5Lmeet by DAGA Architects, three micro-apartments were designed according to the same strategy as in the previous cases. Here the warm wooden wall enables the installation of lights towards the bed, while a toilet and shower are visible in the middle and a washbasin and furniture are visible on the sides.