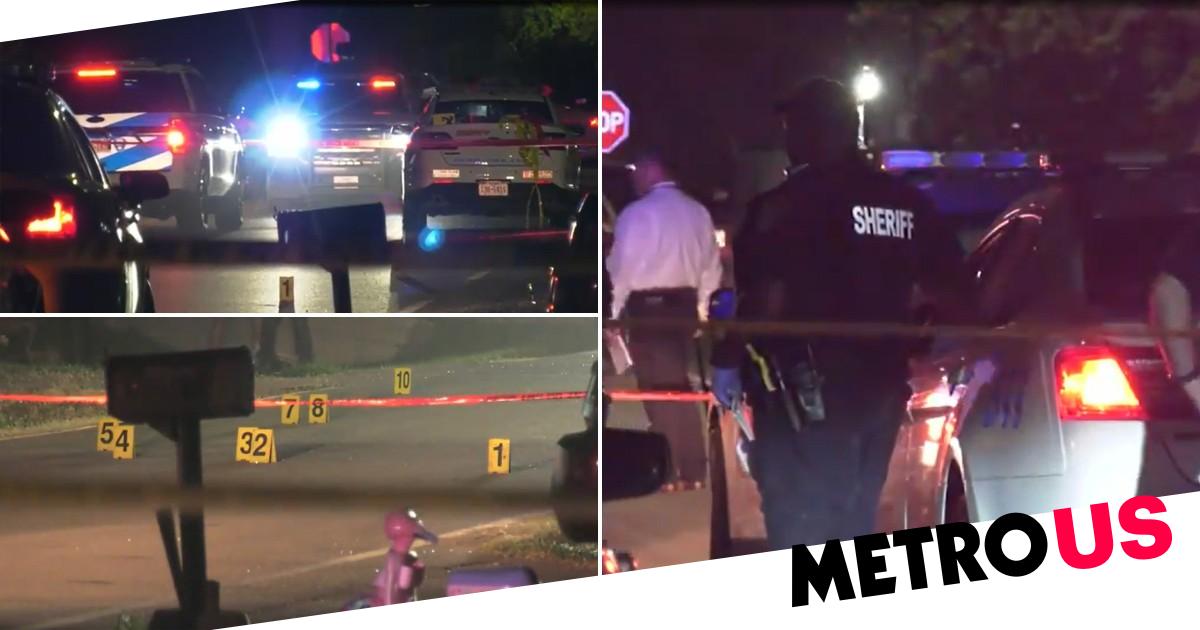 A seven-year-old boy hath died after a bullet penetrated the wall of his trailer home and hit him in the chest.

Paul Vasquez was able to tell his mom what had happened in Colverleaf, Texas, but then he fell unconscious.

He was taken to Ben Taub Hospital where he died from his injuries.

Sergeant Jason Brown said he was sleeping in the front of the home when he was hit in the chest.

‘He was initially shot and he was able to tell his mom he was shot before becoming unresponsive.’

It is believed that the shots were fired from a silver sedan that pulled up near the home and started firing shots.

Paul’s mother and two brothers were also in the home at the time, but none of them were injured.

The motive is currently being investigated and Sheriff Ed Gonzalez asked people to come forward with information.

He said: ‘A child was killed and during a drive-by shooting this morning.

‘This is the daily toll of gun violence. Gun violence in the US can’t be viewed as a solitary issue.

‘Let’s not accept daily gun violence as our norm. Our hearts go out to all those grieving in the wake of these shootings. We can and we must do more to stop gun violence.’