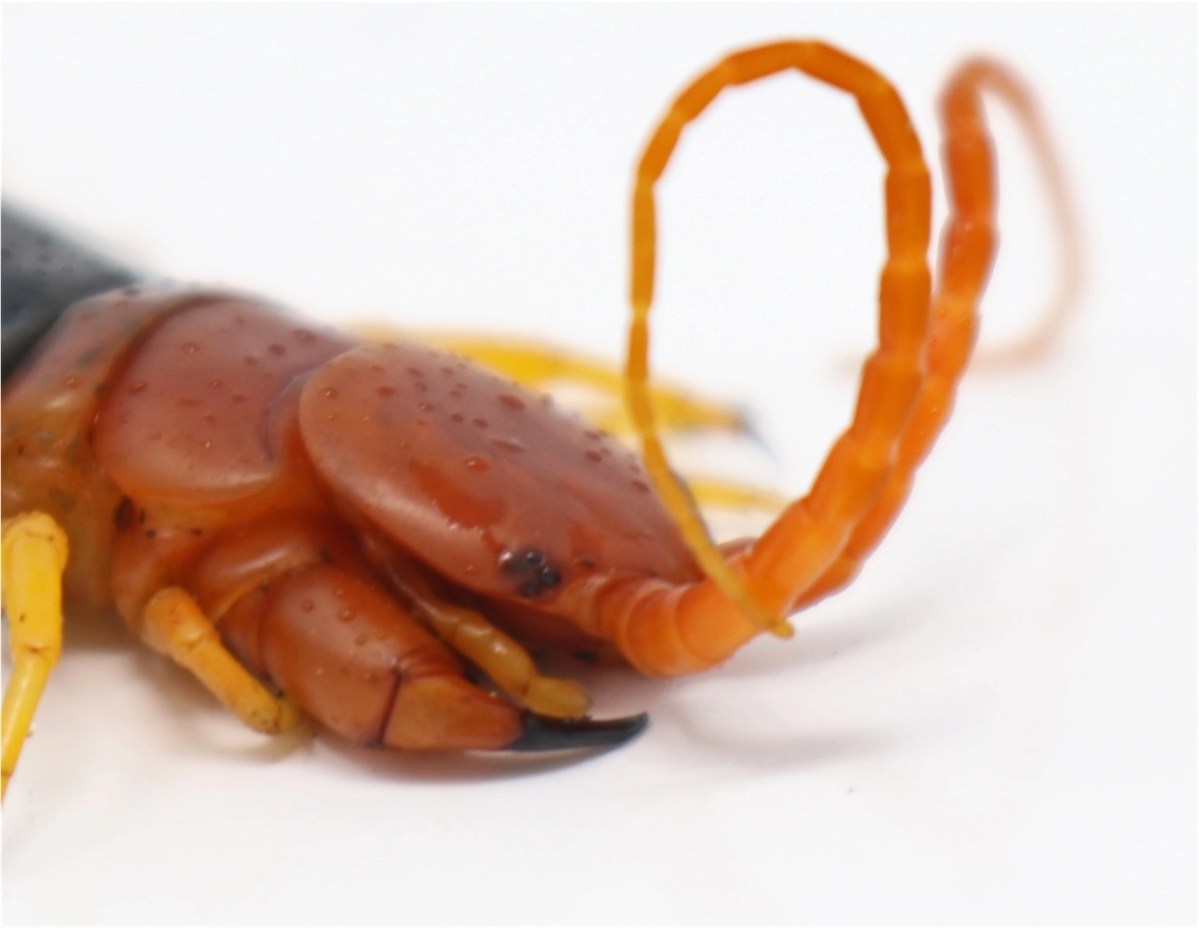 San Antonio, Texas resident Jesse Pye, 35, woke up to find what he described as a “creature from hell” sharing his bed. The creepy, crawly beast is a Texas Giant Red-Headed Centipede that can be as much as a foot long. According to Texas A&M University entomologist Molly Keck, the species is venomous. It won’t kill you but apparently a bite hurts like the dickens. From MySanAntonio:

During the summer, many locals might see them more frequently as the creatures are looking for cool and moisture to escape the heat, Keck said[…]

They eat lizards, snakes, toads, bedbugs, termites, cockroaches, silverfish, spiders, and other household pests. They kill their prey by injecting venom through their fangs and then eating the prey once it is dead.

Pye shook his blanket outside, banishing the astounding arthropod from his home—at least for the moment.