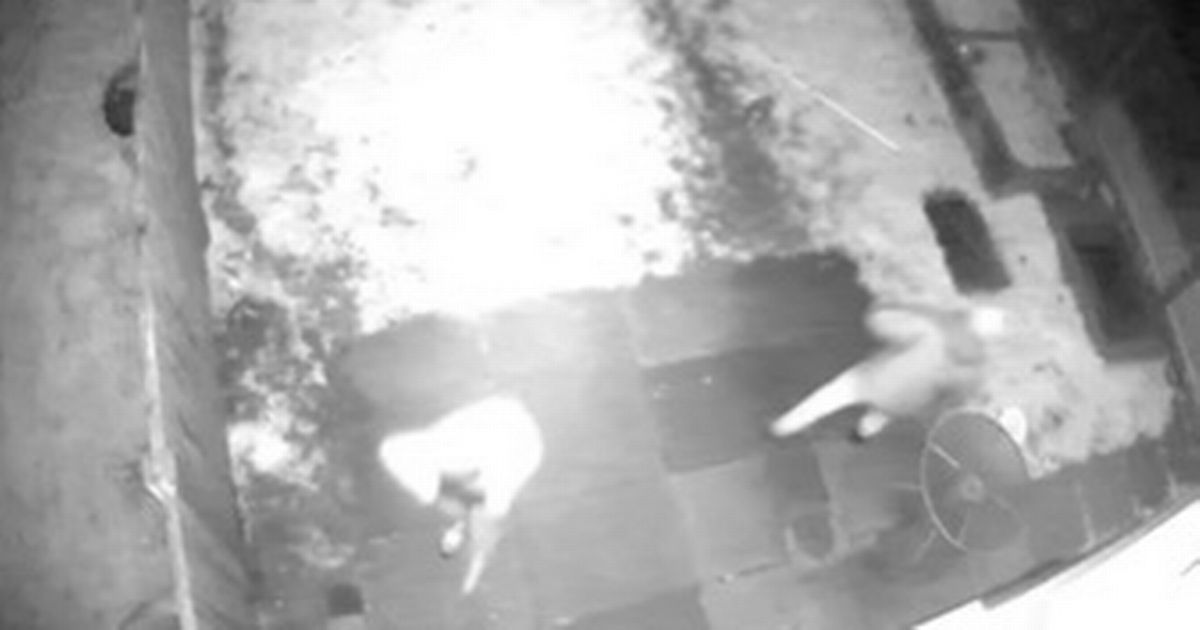 A mother was handcuffed to her bed with a knife held in front of her face after stepping out of the shower to find masked men who stormed her house.

The victim suffered a blade wound on the cheek during the terrible ordeal in which the men stole cash and jewelry.

CCTV captured the moment the gang – who it believes were wielding a gun – broke into their home after throwing a brick through the back door.

The mother of two said she was in the bathroom when she heard a loud noise around 5:30 p.m. on Saturday, Liverpool Echo reports.

She said, “I heard a bang when I was in the shower. I have two dogs and they were barking, but with the wind I thought something had fallen into the garden.

Recordings of the raid were taken with the camera
(

The knife wound of the mother of two
(

The student paramedic, who refused to be named for fear of reprisals, said she called the police during the incident and the men left her home in Bebington after being frightened.

She was home alone at the time and was grateful that her children weren’t with her, she continued. “You put a brick through my back kitchen door – it’s full glass. My little girl could have been home and eating her dinner at the table. I’m just grateful that the kids weren’t here. “

The newsletter is sent out first thing by email every morning at 12 noon and every evening.

Don’t miss a moment by signing up for our newsletter here.

Merseyside Police have opened an investigation into the incident.

Information can also be passed on anonymously to Crimestoppers on 0800 555 111 or online.