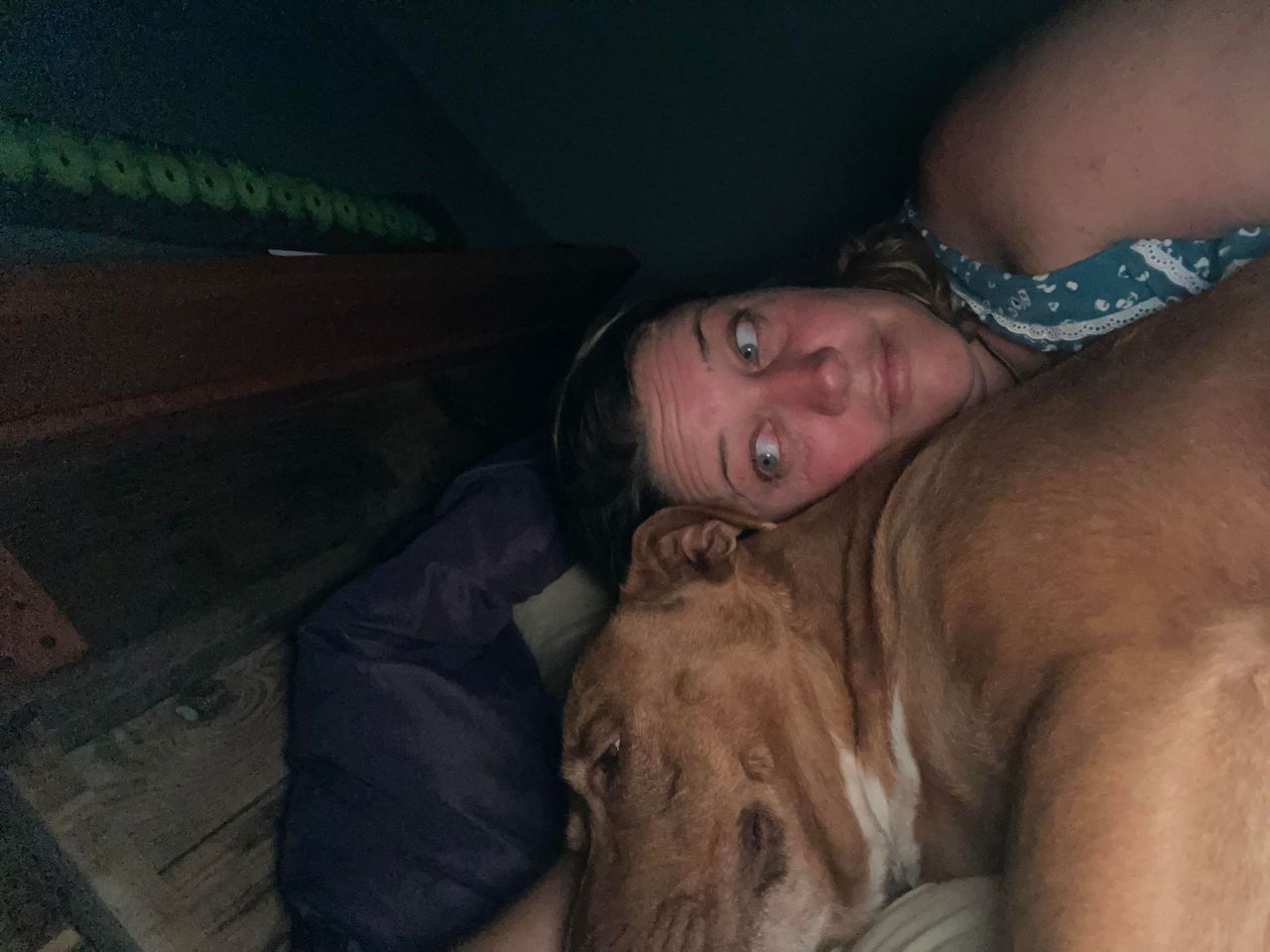 KNOXVILLE, Tenn. (WATE) — A Tennessee couple recently woke up to find a friendly dog ​​in their bed. Much to their surprise, they soon realized the dog did not belong to them.

“This is the weirdest post I have ever had to make. Is this your dog?” Julie Johnson wrote on Facebook.

“It is absolutely normal to wake up in our house with one of OUR dogs in the bed with us,” she wrote on Facebook alongside photos of the mystery dog. One small problem, THIS IS NOT OUR DOG, nor do we know how she got in our house. At first, we thought it was one of ours, but they rarely lay on the pillows! In pitch darkness, I just assumed it was. Wouldn’t we all? As daylight began to creep in through our curtains we realized we were snuggling with someone else’s dog.”

After posting the pictures to Facebook, Julie learned the dog’s name is Nala and that she lived almost two miles away. She said her first reaction when she woke up was a little concerning, but she soon realized Nala was just a big teddy bear.

“When I first woke up the room was dark and I just assumed it was one of my 3 dogs in bed… Boy was I wrong.” Julie said.

She explained that a big storm had come through early that morning. She thinks Nala was scared and seeking shelter and that she was able to get in the house around two or three in the morning.

“Why my dogs didn’t bark at her? No clue. They bark at everything,” Julie said. “Maybe they knew she needed help too.”

Nala’s surprise visit gained some major attention on social media and was even covered on Good Morning America.

“I never thought my time to shine and make people smile would be laying in bed with a strange dog, in my nightgown with unbrushed hair and sleep in my eyes,” she wrote.

The family has kept in touch with Nala since discovering her in their bedroom. On Tuesday, they met back up with her for a puppy play date.

“We had ice cream and treats and had a fantastic time!” Julie said.