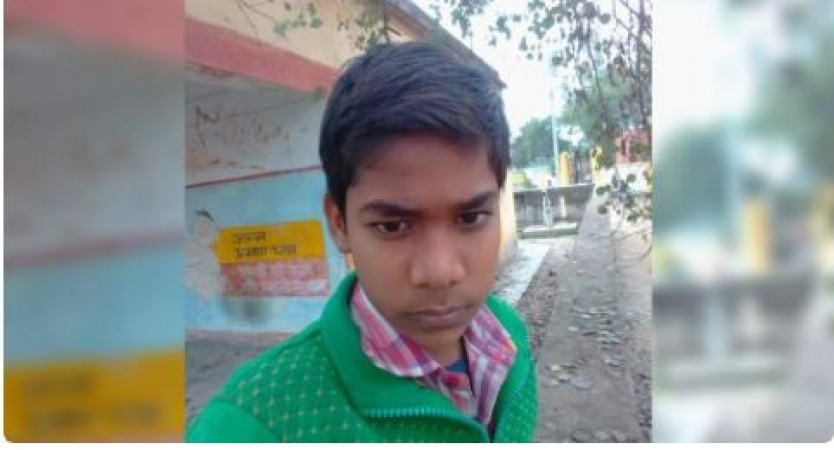 Unnao: Nowadays the craze for taking selfies is in everyone. Yes, and in today’s time, the one who has an Android phone does not shy away from taking selfies. At the same time, many times people lose their lives in accidents while taking selfies. Recently, one such case has been reported in the Unnao district of Uttar Pradesh. In fact, a teenager died while taking a selfie here. In this case, it is being told that the teenager was lying on the bed in the room and taking a selfie with the licensed revolver and during that time suddenly the finger was pressed on the trigger and the bullet hit the wrist, which led to his death on the spot. Let me tell you all, Suchith, son of water plant owner Indresh, a resident of Kazipur Banger village under Fatehpur Chaurasi police station area, was fond of taking selfies.

At the same time, this morning he was lying on the bed in the room and during that time he thought of taking a selfie from the licensed revolver kept in the house. In fact, he brought the revolver kept in the drawl and lay down on the bed and started taking selfies with the revolver. During this time he was placed on the wrist with a revolver on the wrist when suddenly the trigger was pressed, due to which the bullet went straight to the wrist. It is being told that as soon as the bullet hit, He was soaked in blood. Hearing his voice, Suchith’s mother, father Indresh ran towards the bedroom. During this time, seeing Suchith soaked in blood, they were taking him to a private hospital in Kanpur for treatment, but on the way, he succumbed to his injuries. Seeing this, Suchith’s death created a stir in the family.

The deceased was said to be the youngest of three brothers. The eldest brother is Sumit, Amit and his two sisters, Neelam and Aarti. The police took the body into custody and sent it for post-mortem. In the entire case, area officer Safipur Anjani Kumar Rai said that one teenager was killed due to firing from a licensed revolver. Post mortem is being conducted after taking the body into custody. The whole matter is under investigation.

Married man raped girl by calling himself a bachelor