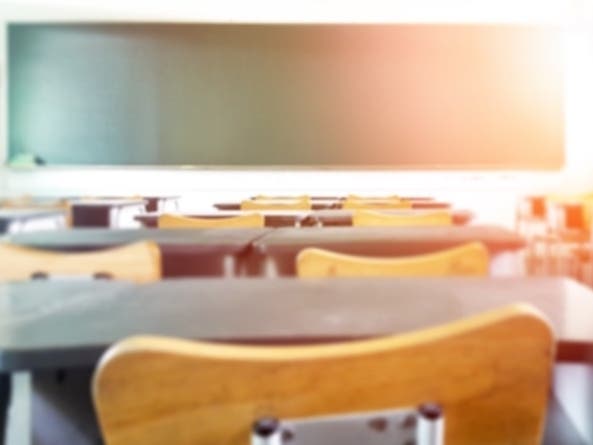 BED-STUY, BROOKLYN — A shooting that landed a 14-year-old student in the hospital this week has renewed a call to bring gun violence education to more schools in Bed-Stuy.

Leaders in District 16 — which overseas schools in eastern Bed-Stuy and part of Crown Heights — requested a meeting this week with Schools Chancellor David C. Banks, hoping they can discuss ways to expand gun violence education in the district.

The letter to Banks comes after a 14-year-old student from one of the district’s schools was shot in the ankle walking near Fulton Street on Monday, landing him in the hospital.

“As essential as math, English, science, and arts, educating our students in gun violence, as has started to happen in some of our schools, creates life changing learning that they can benefit from now and through which they can live to continue to benefit in the future.”

McLean noted that gun violence education is already taught in some of District 16 schools.

Two high schools in District 16 are among 18 schools citywide where a year-long program known as ReACTION is taught. The program addresses “misconceptions about guns and gun violence, policy and programmatic solutions to reducing gun violence, and advocacy skills,” according to its website.

The latest push in District 16 comes after local leaders first began discussing more gun violence education after the death of McLean’s nephew, 22-year-old Shyhiem McLean, who was fatally shot outside his home on Chauncey Street in 2020.

NeQuan McLean told Banks that he has also lost an uncle, cousin and brother to gun violence.

“The wealth of the culture and history of Bedford-Stuyvesant is marred by violence and bullets storm our neighborhood day and night, indiscriminately affecting all of our lives,” he wrote in the letter.

Since a press conference in the days after Shyhiem’s ​​death, District 16 leaders have met with officials from US Rep. Hakeem Jeffries, State Sen. Jabari Brisport and Assemblywoman Stefani Zinerman’s offices to discuss the issue, according to the letter.

They hope Banks will be the next on that list.

“With the sense of urgency that this situation merits, I respectfully request a virtual meeting with you and members of the Community of District 16 who have been working to address and uproot gun violence, to discuss the connection between gun violence and education in our community ,” McLean wrote. “This crisis needs to stop and now is the time to start the conversation that will achieve an end to it.”

McLean did not immediately respond to a question from Patch about whether Banks had responded to the letter, which was sent Tuesday.