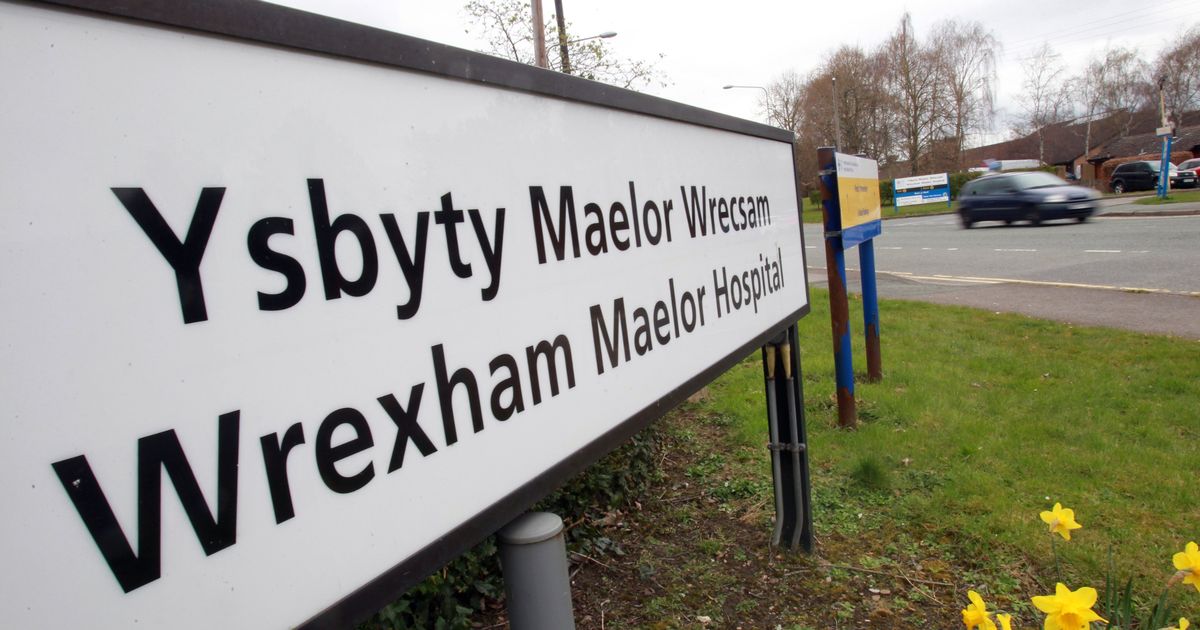 The families of elderly patients caught up in the Tawel Fan abuse scandal have called for action after it emerged a hospital worker was recently arrested over an alleged Whatsapp video of a vulnerable patient “soiling their bed.”

Relatives were given assurances by Betsi Cadwaladr University Health Board that there would be major improvements in the care of older vulnerable patients after the dementia ward at Ysbyty Glan Clwyd closed down in 2013 when serious failings were uncovered.

But loved ones said the news that an investigation is underway at Wrexham Maelor Hospital into possible ill-treatment of patients is “disturbing and distressing in equal measure.” They took to Twitter to share their “devastation” in a statement.

It read: “Tawel Fan families feel compelled to respond to the press release made by North Wales Police and BCUHB regarding the arrest and subsequent bail pending further inquiries of a nurse working in care of the elderly services. NWP describe the incident reported to BCUHB as concerns relating to the ‘abuse of position and possible ill treatment of patients.’ A nurse allegedly shared a video on WhatsApp of a vulnerable patient who had soiled a bed.

“Since the closure of Tawel Fan in 2013 and despite numerous investigations, recommendations, improvement groups, stakeholder groups and assurances of improvements of care of older vulnerable patients, (the) revelations are disturbing and distressing in equal measures. It is well documented how patients on Tawel Fan endured ill treatment, neglect and in some cases, abuse in its many forms.It is therefore devastating to discover that such practices could still be happening within BCUHB.

“There is an urgent need for Donna Ockenden who has previously conducted two investigations into Tawel Fan to return to this health board to: 1) Review the current status of care being provided to vulnerable people. 2) To examine the extent of the implementation of the recommendations made by the numerous investigations that have already been conducted.”

Mrs Ockenden highlighted how older dementia patients were left in situations where they remained at risk of serious injury or even death even after inspections highlighted problems. Relatives were given assurances by the health board that lessons had been learned and changes put into place.

But yesterday, North Wales Live reported how Betsi Cadwaldr University Health Board referred the matter to North Wales Police after they were made aware of the allegations against a nursing staff member, regarding an elderly patient, on March 24. The force said the health board is assisting with its investigation, but have not given any further details about what is alleged to have happened.

According to the BBC, the health board said it had started an internal disciplinary procedure and had put measures in place to ensure the safety of patients. It said it will also be setting up a helpline for staff, patients or anyone who may be concerned.

In a statement by Gill Harris, Betsi Cadwaladr University Health Board’s deputy CEO and executive director of integrated clinical services, said: “We were recently made aware of allegations against a member of staff regarding a vulnerable patient and immediately referred the matter to North Wales Police.

Do you think the status of care should be reviewed within the health board? Let us know in the comments section.

“Whilst we are working with all relevant authorities, this remains a matter under police investigation. Therefore we will not be making any further comment at this time.”

A North Wales Police spokesman said: “On Thursday, 24 March, we received reports from Betsi Cadwaladr University Health Board of an incident involving a member of nursing staff at Wrexham Maelor Hospital. The report related to concerns of abuse of position and possible ill- treatment of patients.

“The individual was arrested in connection with this report, and has been bailed pending further enquiries. The Health Board are assisting officers with their investigations and our inquiries remain ongoing.”

See the news in your area