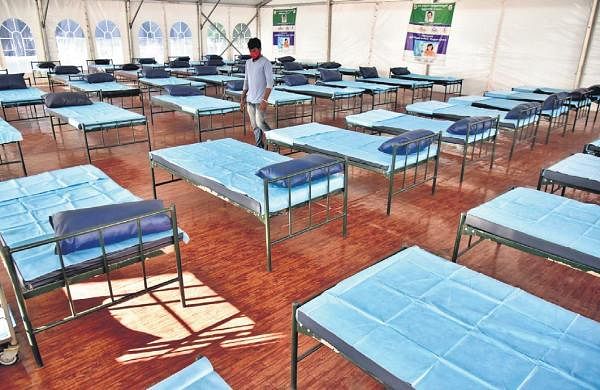 CHENNAI: As Covid-19 cases in the state are increasing due to the Omicron variant, bed occupancy in Covid health centers and Covid-labeled hospitals has also increased in two weeks. The comparison of the bed status on December 26th and on Sunday (January 9th) showed that more people occupy oxygen-free beds than oxygen and intensive care beds.

Health Minister J. Radhakrishnan told TNIE: “We will add 50,000 more beds in Covid Care Centers (CCC). Additional beds will be arranged accordingly. We’re also focusing more on hospitalization requirements. Those who really only need hospital care are admitted based on their clinical and blood parameters. “

Radhakrishnan told reporters Sunday that only 5,872 people – 15 percent of active cases in the state – were in hospitals. As of Sunday, the state will have 1.21 lakh beds available. The proportion of occupied beds is only 5 percent. Only one percent is in intensive care units and 6 percent need oxygen beds. People with the ‘S’ gene drop previously did not need oxygen assistance, he added.

The state has 17,960 oxygen concentrators, 217 oxygen generators and 1,700 tons of oxygen storage capacity tankers, Radhakrishnan said. The Minister of Health warned private hospitals against taking action when admitting asymptomatic individuals who do not need hospital care. He said people can call 104 to register their complaints. Dr. K Kolandaswamy, former director of public health, said, “In order to identify the abnormal biomarkers and determine the course of treatment, people who test positive should have blood tests.”