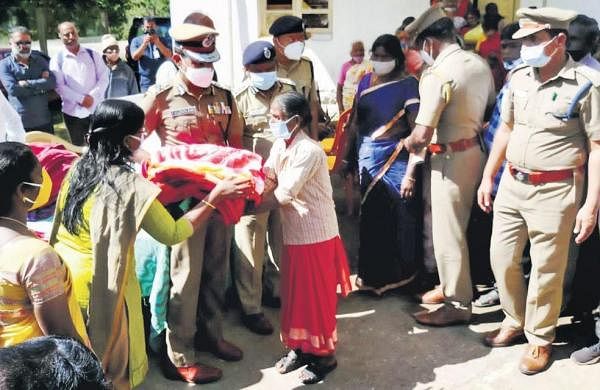 COIMBATORE: DGP C Sylendra Babu and employees of the Indian Air Force met farm workers in the village of Kateri – Nanjappan Chatiram on Friday and thanked them for their timely help with the rescue work after the helicopter crash.

The DGP together with the officials visited Nanchappan Chatiram on Friday morning and distributed sheets and blankets to the locals as a thank you for their efforts during the rescue operations. “The villagers offered their blankets to carry the victims onto the hillside, even though they needed them to cope with the bad weather,” said Sylendra Babu.

Stressing that on the day of the crash, police stationed troops along the entire road from Sulur to Wellington, DGP told TNIE, “We had sterilized the land route and deployed troops, even though the Chief of Defense was supposed to be traveling by plane. With such top-class visits, we make Bandobast available for on the go, even if you decide to travel by air. ”

When asked if there was anything suspicious about the incident, he replied that there was no doubt and that an investigation was ongoing. “The IAF is conducting their investigation and we will share our results with them,” said the DGP. He added that Special Task Force (STF) teams would be collecting details from neighboring villages.