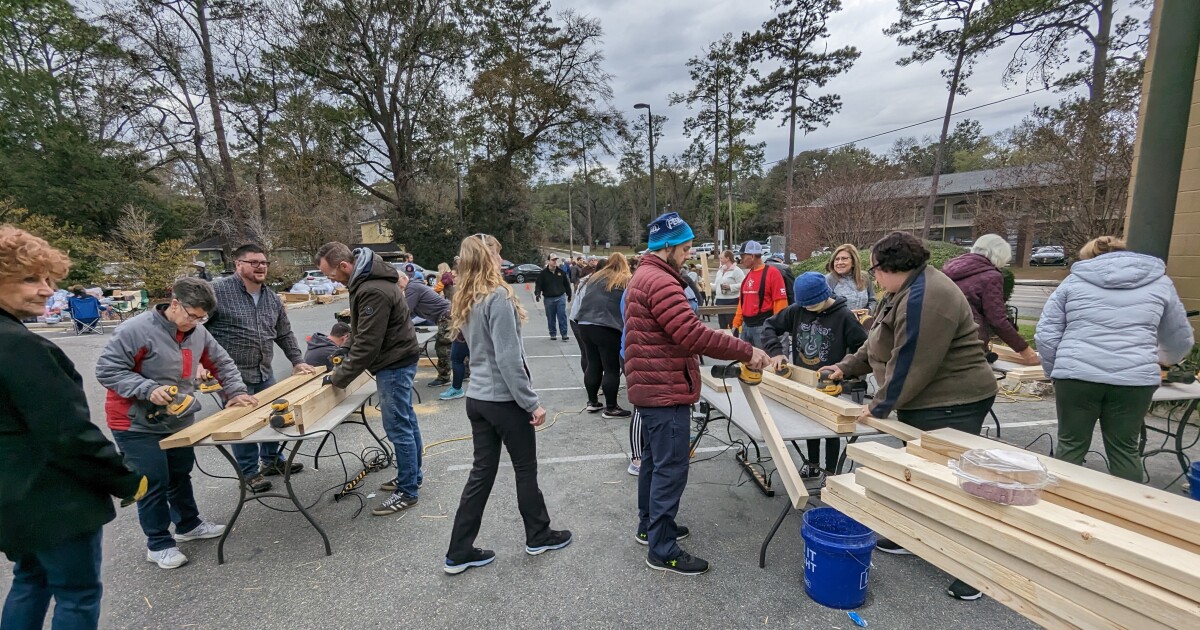 A small army of volunteers was building beds from scratch in Tallahassee on Saturda, Jan 21. It’s an ongoing effort to make sure each area child has a bed to call their own. The parking lot of Southern Flooring at the corner of Bradford and Thomasville roads became a big, open-air carpentry shop on Saturday. But business owner Shawn Yoakam didn’t mind a bit.

“Wonderful project, amazing people! Sunrise Rotary and Sleep in Heavenly Peace, there couldn’t be a better group of people, really,” he smiled as sanders whirred and drill presses whined.

Sunrise Rotary’s Danielle Irwin said the goal was building 15 child-sized bunk beds from scratch for kids who now sleep on the floor.

“Well who doesn’t want to make sure a kid has a bed to sleep in? Especially when it’s going to our own community. We have 7 different deliveries we’re making to Tallahassee and Crawfordville.”

Still, there are many more kids than beds. So Sleep in Heavenly Peace’s John Cousins ​​said the community build-a-bed project will continue.

That’s the Leon County Public Safety Complex on Easterwood Drive for anyone who’d like to stop by and lend a hand.