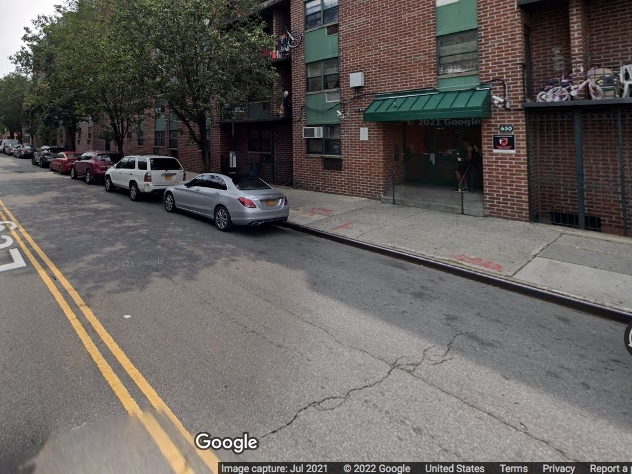 BED-STUY, BROOKLYN — A 77-year-old woman is in critical condition after an SUV that had barreled through a Bed-Stuy intersection mounted the sidewalk and hit her, according to police.

The SUV, a 2005 Ford Expedition, was driving east on Gates Avenue around 1:40 pm Thursday when it smashed into a Chevrolet Impala that had been driving down Marcus Garvey Boulevard, according to police.

Find out what’s happening in Bed Stuy with free, real-time updates from Patch.

The woman was taken to Kings County Hospital in critical but stable condition, police said.

In the wake of the crash, the Chevrolet also hit two parked cars near the intersection, according to police.

Find out what’s happening in Bed Stuy with free, real-time updates from Patch.

The 29-year-old Ford driver was taken into custody after the collision, police said. His charges were pending as of Friday morning.