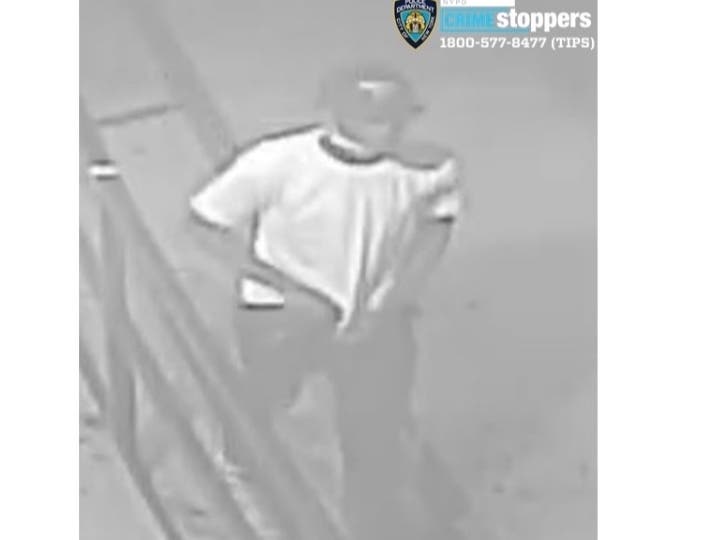 BED-STUY, BROOKLYN — Police have revealed a suspect in the fatal shooting of a 29-year-old man in Bed-Stuy on Tuesday.

The photos were released less than 24 hours after cops found Dextroy Dublin shot in the leg on Thomas Boyland Street near Herkimer Street, according to police. He was rushed to the hospital, but did not survive.

Dublin was one of three men, all in their 20s, who were found fatally shot between 9:15 pm and 12:30 am overnight Tuesday within miles of one another in Brownsville, Bed-Stuy and Cypress Hills, according to police.

The Thomas Boyland Street shooting is the only of the three with a suspect as of Thursday morning.

Dublin was from Crown Heights and lived on Rochester Avenue, according to police.

Here are photos of the suspect shared by police: