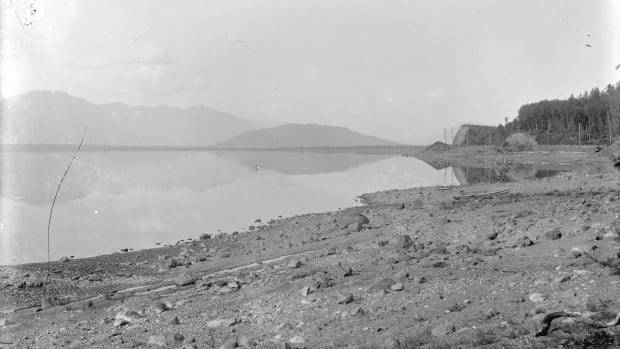 The Sumas First Nation chief near Abbotsford, BC, says the parish was built over a severely flooded section of the Fraser Valley because elders suggested that it could be protected from rising water if a drained lake returned shows up.

Sumas Lake, which once stretched from South Chilliwack to Sumas, Washington, was pumped dry a century ago to make way for agriculture. Now it has been filled by catastrophic floods that have displaced thousands.

Sumas First Nation chief Dalton Silver said that despite the devastation caused by last week’s floods, the Sumas First Nation is “doing very well” as its houses are built on land higher than the old shallow one Lake.

Abbotsford, BC, makes an urgent appeal for the evacuation of Suma’s prairie, citing possible catastrophic flooding

“We had elders who told us beforehand that if this lake … came back, our houses would be fine. We knew the level of the lake beforehand.”

The lake used to be their main source of food, according to Silver, and their ancestors told government officials in the early 20th century.

“Our people would never have thought of changing nature like that.”

The four pumps at Barrowtown Pump Station are responsible for keeping the water from the Fraser River in check, but they’re not currently keeping up with the water that also flows in from the Nooksak River south of the Canada-US border.

“Our hearts go out to all of our neighbors around us,” said Silver.

Silver said the Sumas First Nation had several villages along the lake that were home to up to 10,000 people in that part of the valley before contact with Europe.

The Sumas are part of the larger Sto: lo nation.

“Sto: lo basically means river, we are the people on the river,” said Silver.

Silver said that in the past, about 85 percent of suma’s diet came from the lake, including salmon and freshwater clams. They also used canoes to reach islands in the lake for deer hunting.

“There were many stories about the loss of the lake and indeed the devastation for us back then,” said Silver.

“We found the history of Lake Sumas and were overwhelmed that we had never heard of it in our school system,” said Christmas.

Christmas said her research found that if the Barrowtown pumps stopped working, the original sea area would fill in within 48 hours. According to the documentary, around 3,400 residents would be displaced.

The documentary, which had around 700 views on YouTube on Tuesday morning, had nearly 29,000 on Friday. Much of the research for the film was based on the book Before we lost the lake by Chad Reimer.