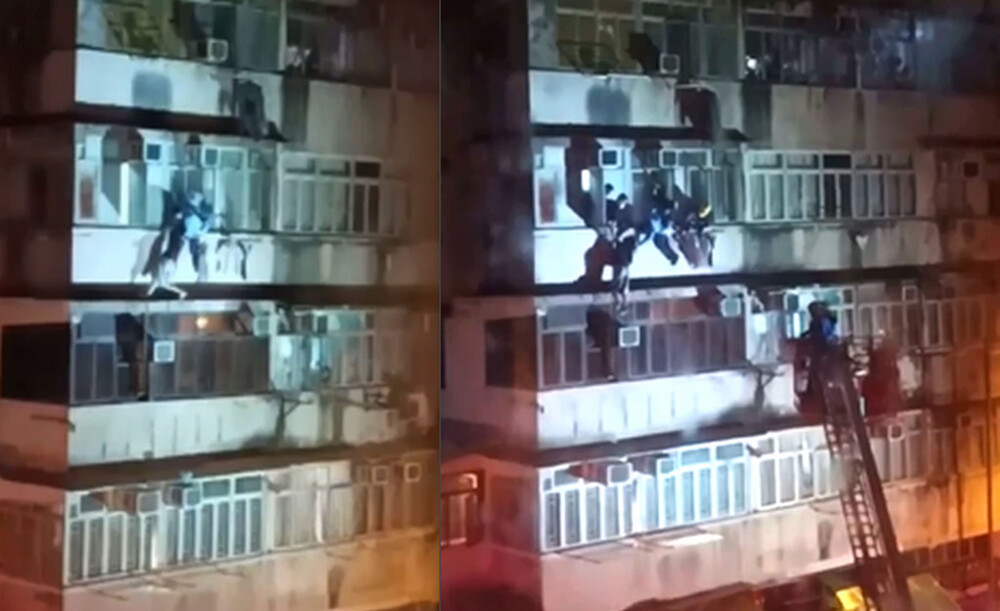 A five-month pregnant mother was arrested in the early hours on Saturday after firefighters and cops rescued her from jumping off her Sham Shui Po home as she reported her five-year-old son – with bruise marks all over his body – had died.

The incident occurred at a partition flat on Shek Kip Mei Street and was reported to police by the 34-year-old mother at 12.52am today. She told officers that her boy fell unconscious in bed and was later pronounced dead after being rushed to Kwong Wah Hospital.

The mother was extremely emotional then and attempted to climb out the window to jump off the building. Officers and firefighters arrived just in time when the woman was standing on the canopy and tried to pull her indoors. Although the woman was resisting fiercely, her mid-air position was secured by rescuers, and she was escorted to the ground by the firetruck elevator about 10 minutes later.

It was understood that the deceased boy was very skinny, with old and new bruises on his body. Police found the boy’s death suspicious and listed the case as a murder at about 10am this morning after preliminary investigations. The mother was then arrested.

The mother was first sent to Caritas Medical Center and transferred to Princess Margaret Hospital after she was found to be five-month pregnant.

Officers have cordoned off the area and are now reaching out to the father.

Sources said her father left recently, and she was left behind with three children, including the deceased boy and a two-year-old boy she had with her current husband; and another nine-year-old daughter she had with her ex-husband.

Overwhelmed by the enormous live costs, she became in debt, but she didn’t apply for the apprehensive social security assistance, sources added.

The case is now handled by the Sham Sui Po district crime squad.