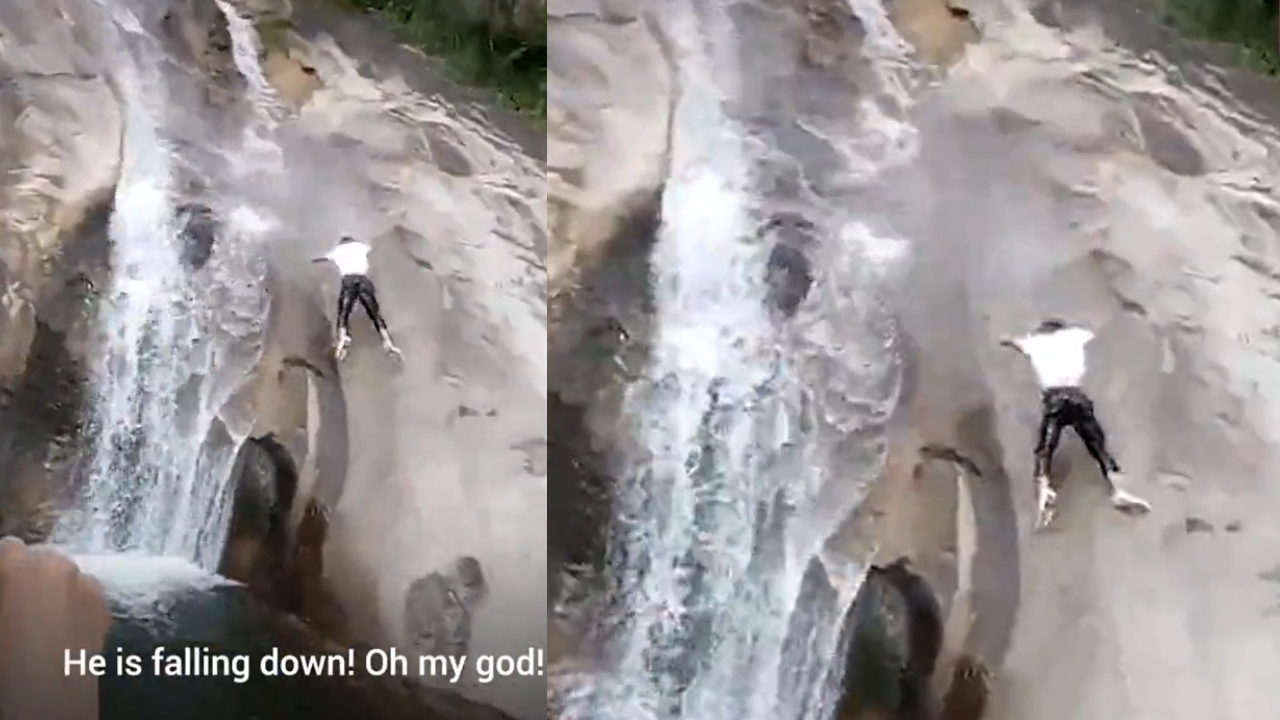 Man falls from waterfall, slams into bed of rocks in China

A man’s stunt went horribly wrong when he fell down a waterfall and slammed into a bed of rocks. The incident happened at China’s Jiujinggou scenic spot in Susong County.

A video of the incident has surfaced online.

The video shows the man sliding down the waterfall and bouncing on a bed of rocks.

“He’s falling down! Oh my god!” an onlooker is heard saying in the video.

The man was trying to run across the stones at the top of the waterfall when he lost his balance and slid down the water at a high speed.

The spot is a prohibited area and warning signs are in place on the spot.

However, the man insisted on trying the stunt.

“This is why you should respect warning signs,” the video is captioned.