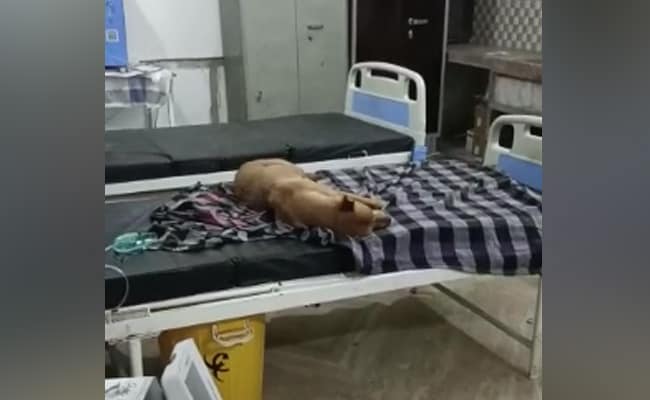 One of the dogs seen atop hospital bed in Madhya Pradesh.

A couple of stray dogs were seen occupying hospital beds in a Madhya Pradesh government hospital, showed a video shot by a local who was visiting the facility with his pregnant wife, calling into question the state of health infrastructure in the state.

The incident, which took place in Jabalpur inside a government hospital located in Shahpura, was filmed by local resident Sidhharth Jain. Swinging into action, the district health department has ordered a probe.

In the video clip, which has since been widely shared on social media, strays can be seen atop hospital beds.

“We have issued notice to the BMO Dr CK Atraulia. The matter is serious; strict action will be taken against hospital staff on duty and people responsible for the negligence,” said Jabalpur chief medical officer Dr Sanjay Mishra.

In September, a video of a dog sleeping on a hospital bed in Ratlam in Madhya Pradesh went viral on social media, inviting criticism from the opposition Congress.