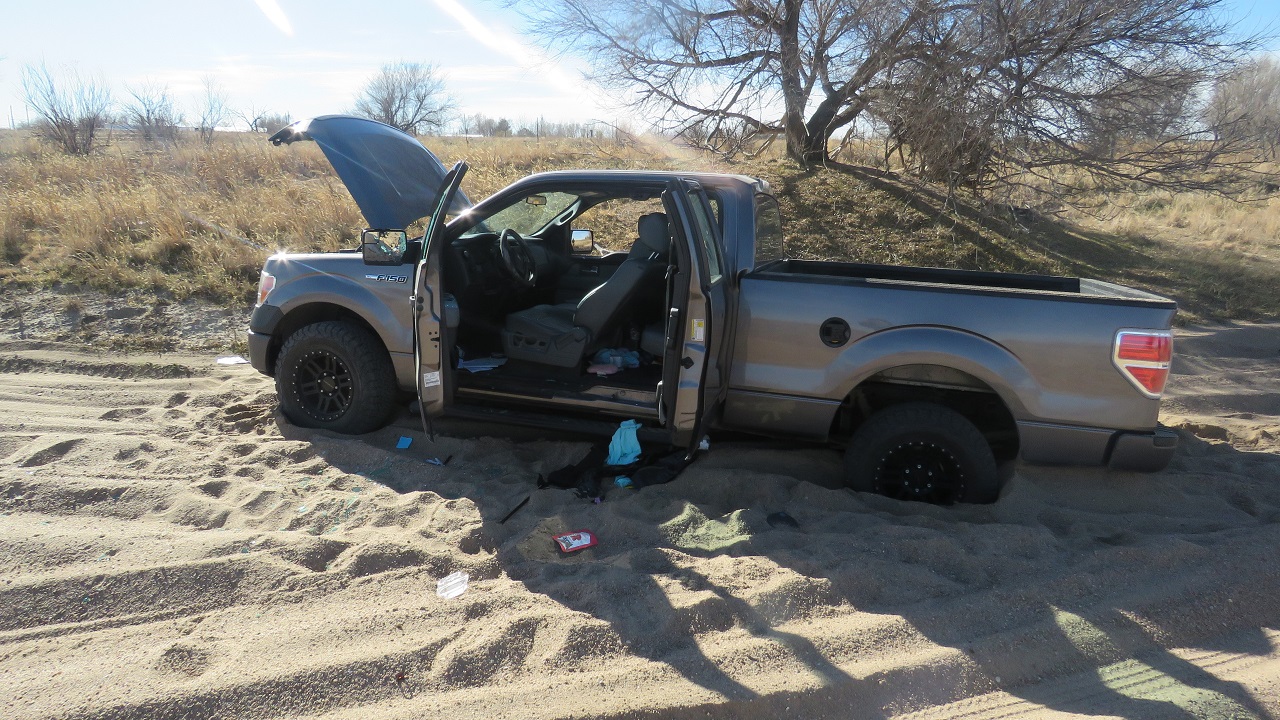 According to police, the first stolen vehicle was reported from an address on Robin Road around 5:30 a.m. About an hour later, police picked up a report of a stolen vehicle along Elbow Road.

Teenager dies after car hits a tractor-trailer in Harper County

Investigators found that one of the stolen vehicles was equipped with OnStar. They contacted OnStar and the stolen pickup was tracked via GPS.

The Ford County Sheriff’s Office and the Kansas Highway Patrol found the truck in the river bed west of Dodge City. They also found three suspects. They arrested a 20 year old, an 18 year old and a 16 year old girl from Dodge City.

It was a few more hours before the other stolen vehicle was found. It was in the river bed on the east side of Dodge City.

If someone discovers that items have been stolen from their vehicle, the police should file a complaint.

Residents in the theft area should also check their surveillance cameras for suspicious activity and report it to the police.