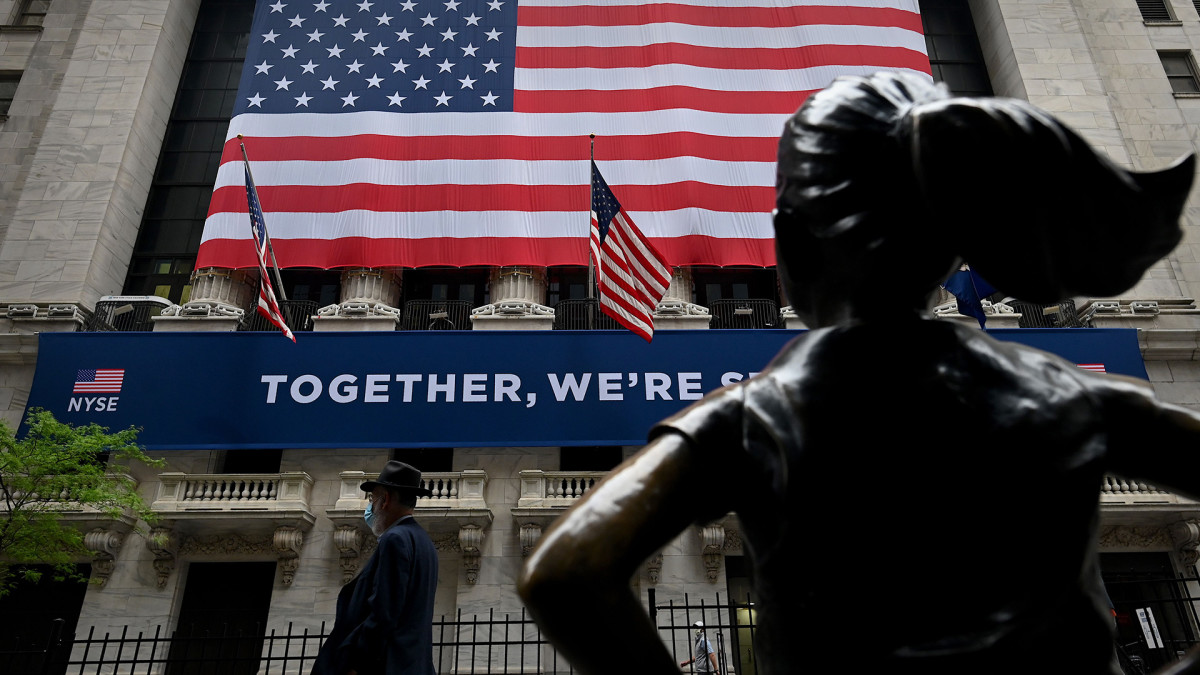 Five things you need to know before the market opens on Thursday January 19:

US equity futures moved lower Thursday, while Treasury bond yields continued their recent declines, as investors adjust for a potential US recession while taking in another round of hawkish comments on rate hikes from a trio of officials from the Federal Reserve.

A twin set of disappointing economic data Wednesday, including weaker-than-expected December retail sales and a slump in manufacturing activity around the New York state region, helped push stocks firmly lower into the close as investors continue to worry that the Fed may overreach in its rate hike path and choke off growth prospects in the world’s largest economy.

Comments from Fed officials that followed, including from Cleveland Fed President Loretta Mester, added to that concern, after she told the Associated Press that “I just think we need to keep going” on rate hikes and projected a peak Fed Funds rate that is north of 5%.

That view, echoed by Philadelphia Fed President Patrick Harker and St. Louis Fed President James Bullard in remarks to the media yesterday, challenged moves in the bond market, where a rally in prices continued to push yields lower — while bets on smaller Fed rate hikes continue to accelerate — as traders see weaker growth, declining corporate earnings and slowing inflation as signs of an eventual Fed pullback.

The CME Group’s FedWatch is indicating a 942% chance of a 25 basis point rate hike from the Fed on February 1, up from around 76.7% this time last week, with traders expecting the Fed Funds rate to peak at a range of between 4.75% and 5% in the early spring.

Heading into the start of the trading day on Wall Street, futures tied to the the S&P 500 are priced for a 17 point opening bell gain while those linked to the Dow Jones Industrial Average are set for a 160 point pullback following last night’s 600-point slump The tech-focused Nasdaq is priced for a 50 point dip.

Europe’s Stoxx 600 was marked 0.73% lower in early Frankfurt dealing, and likely to snap a six-session winning streak, the longest since November of 2021.

The US Census Bureau will publish key housing market data Thursday, with investors looking for a boost in potential new supply as homebuilder sentiment slowly begins to recover and mortgage rates continue to decline.

Economists expect another 4.7% decline in heading housing starts, which are likely to fall to a 1.359 million annual pace in December, but are factoring in a modest bump in building permits of around 1.4% as builders seek to break ground on much-need single family home supplies.

The National Association of Homebuilders said yesterday that it’s closely-tracked sentiment index improved for the first time in 12 months in January, boosted in part by the ongoing decline in domestic mortgage rates which could help tweak demand. The Mortgage Banker’s Association, in fact, said 30-year fixed rates fell to 6.23% last week, down nearly 20 basis points from the prior period and nearly a full percent lower than the late October peak of 7.16%, the highest since 2001.

“As we enter the beginning of the spring buying season, lower mortgage rates and more homes on the market will help affordability for first-time homebuyers,” said the MBA’s chief economist Mike Fratantoni.

3.–Procter & Gamble Earnings On Deck With Price Hikes In Focus

Procter & Gamble (PG) – Get Free Report shares slipped lower in pre-market trading ahead of the brand giant’s second quarter earnings prior to the opening bell.

Procter & Gamble is expected to post core earnings of $1.59 per share, a 4.2% decline from the same period last year, as sales slip by around 1% to $20.73 billion. The group boosted its full-year forecast for core earnings growth of between flat and 4% in late October, noting that organic sales are likely to rise between 3% to 5%.

Key for the group, whose brands include Tide detergent, Head & Shoulders shampoo and Pampers diapers, will be its ability to pass on price increases to it customer base, as consumer price inflation remains acutely elevated in the face of seven Federal Reserve rate hikes.

Prices were up 9% across the board over the September quarter, while sales volumes fell 3%, and noted further mark-ups were planned for the three months ending in December.

Procter & Gamble shares were marked 0.72% lower in pre-market trading to indicate an opening bell price of $145.36 each.

American said earlier this month that sees adjusted profits in the region of $1.12 and $1.17 per share for the three months ending in December, nearly double its prior forecast of between 50 cents and 70 per share, with margins leaping to between 10.25% and 10.5% .

Revenues, as well, are likely to be firmly higher than prior estimates, rising between 16% and 17% from 2019 levels amid a surge in domestic travel.

Rival carriers Delta Air Lines (DAL) – Get Free Report and United Airlines (UAL) – Get Free Report both beat Street forecasts for their fourth quarter earnings, which were paired with bullish near-term outlooks, but investors remain cautions that the travel boom will continue if the US slips into recession.

American Airlines shares were marked 1.32% lower in pre-market trading to indicate an opening bell price of $16.42 each.

Bed Bath & Beyond (BBBY) – Get Free Report Shares edged higher in pre-market trading even as reports continue to suggest the struggling home retailer is close to filing for Chapter 11 bankruptcy protection.

CNBC reported late Wednesday that the group is seeking to sell its business operations, including the buybuy Baby division, while raising around $100 million in fresh loans as it moves closer to filing a Chapter 11 petition. Forever 21 owner Authentic Brands has been involved in preliminary sale talks, CNBC said.

Earlier this month, Bed Bath & Beyond posted a wider-than-expected November quarter loss of $393 million and said it’s exploring “multiple paths”, including bankruptcy, as part of its turnaround effort under CEO Sue Gove.

Bed Bath & Beyond shares were marked 2.5% higher in pre-market trading to indicate an opening bell price of $4.04 each.