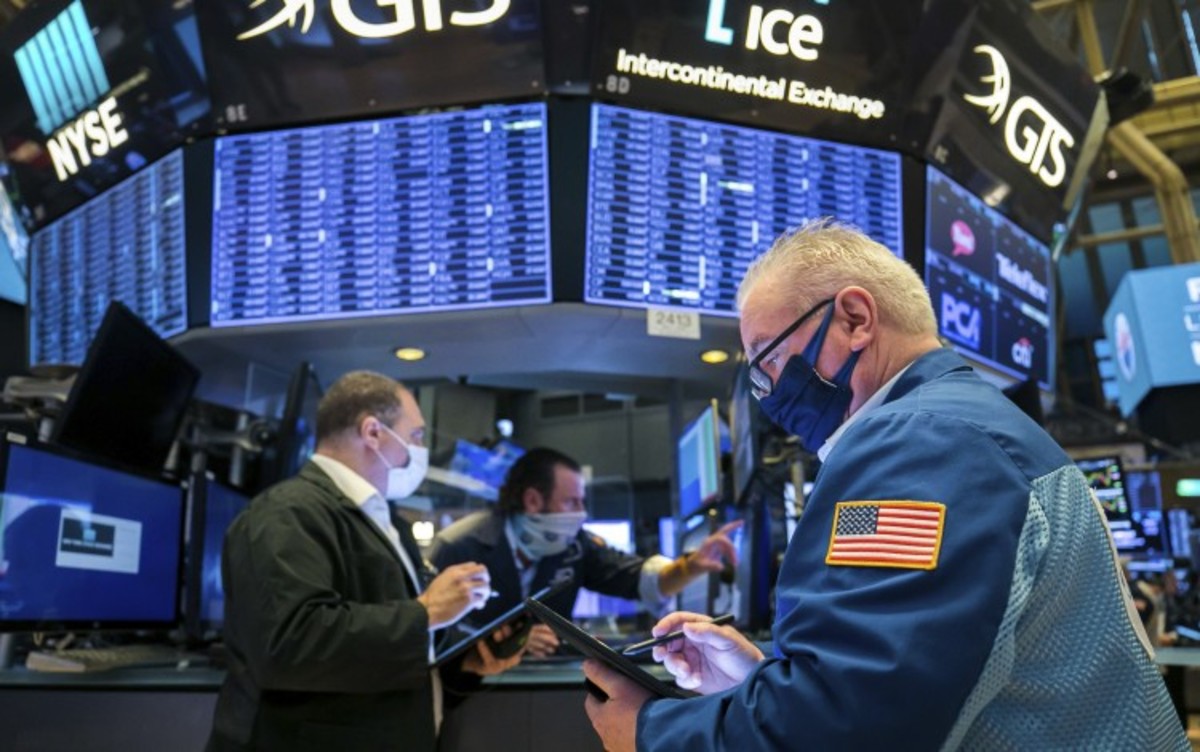 Here are five things you must know for Wednesday, August 17:

Stocks ended higher again yesterday after better-than-expected second quarter earnings from Walmart (WMT) and HomeDepot (HD) alongside what appears to be a solid rebound in GDP growth prospects, lifted the Dow past the 34,000 point mark for the first time since May.

The gains, which followed a blowout July jobs number that included 528,000 new hires alongside wage growth of 5.2%, also added to concerns that inflation readings may accelerate again over the months ahead.

An overnight rate hike by the Bank of New Zealand, its fourth in succession, as well as a searing reading of 10.1% for July inflation in Britain, the highest in forty years, cemented those concerns, lifting the odds of another jumbo Fed rate hike in September to around 48.5% overnight, according to the CME Group’s FedWatch

Benchmark 2-year Treasury note yields, the most sensitive to interest rate changes, were marked 5 basis points higher at 3.308% in overnight dealings, while 10-year notes traded at 2.868%. The US Treasury curve remains steeply inverted — a condition that has preceded nearly every recession for the past 25 years — even as the Atlanta Fed’s GDPNow forecasting tool suggests the economy is growing at a 2.5% clip.

The US dollar index, which tracks the greenback against a basket of six global currency peers, was marked 0.03% higher at 106.608.

In other markets, oil prices extended their recent slide, pulling US crude to within sight of a six-month low, ahead of weekly Energy Department data on domestic crude stocks at 10:30 am Eastern time.

WTI crude futures for September delivery were marked 27 cents lower at $85.26 per barrel while Brent contracts for October, the global benchmark, fell 55 cents to $91.75 per barrel.

In overseas markets, European stocks were little-changed, with the Stoxx 600 rising 0.05% in early Frankfurt trading, while overnight in Asia the region-wide MCSI ex-Japan index gained 0.16% and the Nikkei 225 rose 1.23% to re-take the 27,000 point level for the first time in seven months.

Minutes of the Federal Reserve’s July policy meeting are likely to hint towards smaller rate hikes over the back half of the year, with Chairman Jerome Powell and his colleagues content to focus on a wealth of data prior to their next decision in September.

The July minutes, published at 2:00 pm Eastern time, will detail the thinking behind the Fed’s second consecutive 75 basis point rate hike, which took the benchmark Fed Funds rate to a range of between 2.25% to 2.5%. Powell said at the time that the Fed ‘wouldn’t hesitate’ to execute another large rate hike if the Open Markets Committee were to deem it appropriate.

Since then, headline CPI has slowed notably, to a pace of 8.5% in July, with readings for August, as well as two more PCE Price index releases and another jobs report, expected before the September 21 decision.

The CME Group’s FedWatch tool now suggests a 48.5% chance of another 75 basis point hike in September, with bets on a smaller 50 basis point move at 51.5%, essentially near the same levels in the immediate aftermath of the July hike but around 10 percentage points higher than a week ago.

Retail sales, as well as key earnings from the sector, will be in focus again Wednesday as the Commerce Department publishes official July data prior to the start of trading that is likely to illustrate the impact of plunging domestic gas prices.

Headline retail sales are likely to have risen by around 0.1% on the month, economists suggest, as the overall tally falls from June’s $680.6 billion peak amid the ongoing slump in gasoline prices. Core retail sales, which strip out the impact of volatile components such as food and energy, may actually shrink by around 0.1%.

Bloomberg data suggests Americans are spending $400 million less each week as a result of the decline in gas prices, which have fallen for 61 consecutive days to a national average of around $3,943 per gallon, according to data from the American Automobile Association.

“The overarching message likely will be that consumer demand has moderated but has not collapsed,” said Ian Shepherdson of Pantheon Macroeconomics. “People are choosing to soften the blow from the gas price hit by running down some of the huge stock of savings accumulated during the pandemic.”

Target (TGT) shares nudged higher in pre-market trading ahead of the retail’s highly-anticipated second quarter earnings prior to the opening bell.

Target, which cautioned in June that its bigger-than-expected 35% build-up in overall inventories would likely trigger price cuts and that operating margins would narrow to around 2% over the second current quarter before rebounding into the second half of the year , its expected to post a bottom line of 72 cents per share on revenues of $26.04 billion.

Target’s spring warning triggered the biggest single-day selloff in its shares for three decades, but a surprisingly solid quarter from Walmart yesterday, as well as plunging gas prices and improving consumer confidence, could give the retailer some unexpected optimism heading into the back-half of the year.

Target shares were marked 0.67% higher in pre-market trading to indicate an opening bell price of $181.40 each.

Cohen, who built a position in the home goods retailer last year and has pushed for significant changes, including the sale of its buybuy Baby division, purchased call options that expire in January of next year at a strike price of between $60 and $80 each, according to Securities and Exchange Commission filings.

A call option gives the buyer the right, but not the obligation, to purchase shares at a certain price in the future.

Bed, Bath & Beyond shares have risen more than 350% over the past three weeks, on notably heavy trading volume, amid a surge in interest in the stock that could also be linked to a so-called ‘short squeeze’ that seeks to punish investors betting against a particular stock.

Bed, Bath & Beyond shares were marked 8.65% higher in pre-market trading to indicate an opening bell price of $24.50 each.