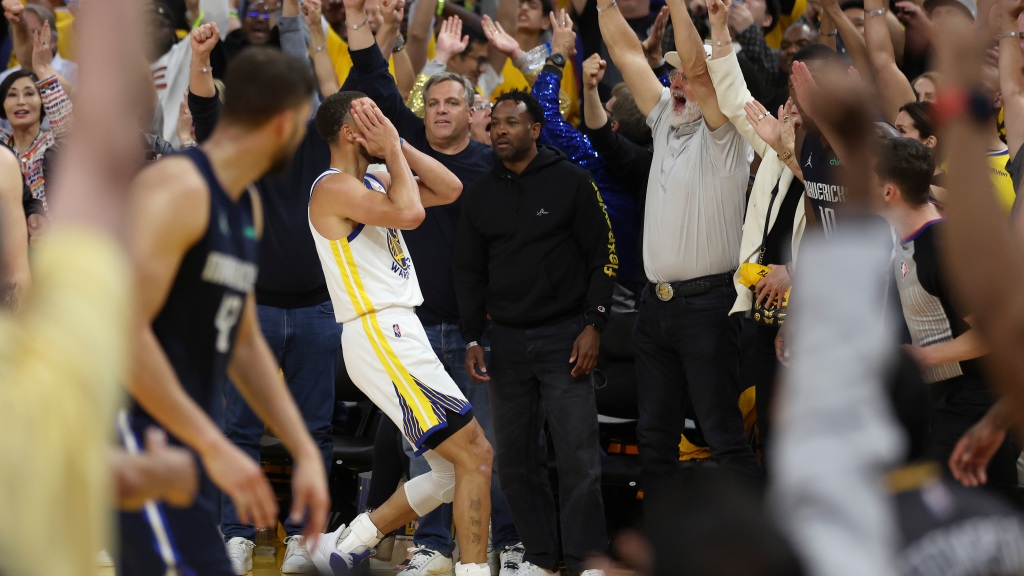 Steph Curry might not always look like it, but he can be quite disrespectful on the basketball court.

It doesn’t always work out. Remember when he evoked “Whoop that Trick” in Game 5 against Memphis and then the Warriors got blown out? Other times it’s not even aimed at the other team. Sometimes, it can be aimed at the refs. Regardless of who gets it, though, it’s always spicy.

And on Friday night, the Mavericks were Curry’s latest target. The Warriors’ point guard gave us an epic moment after hitting the final dagger 3-pointer in the 4th quarter to put the Mavs away for good.

Then he gave them the infamous bedtime gesture — the same one he gave to the nuggets in the first round.

And he did it right in front of the Mavericks’ bench. It was sick, y’all.

That dude doesn’t hold back. After a 19-point comeback win, though? I can’t say I blame him. This set NBA Twitter all the way off. Folks were going crazy.