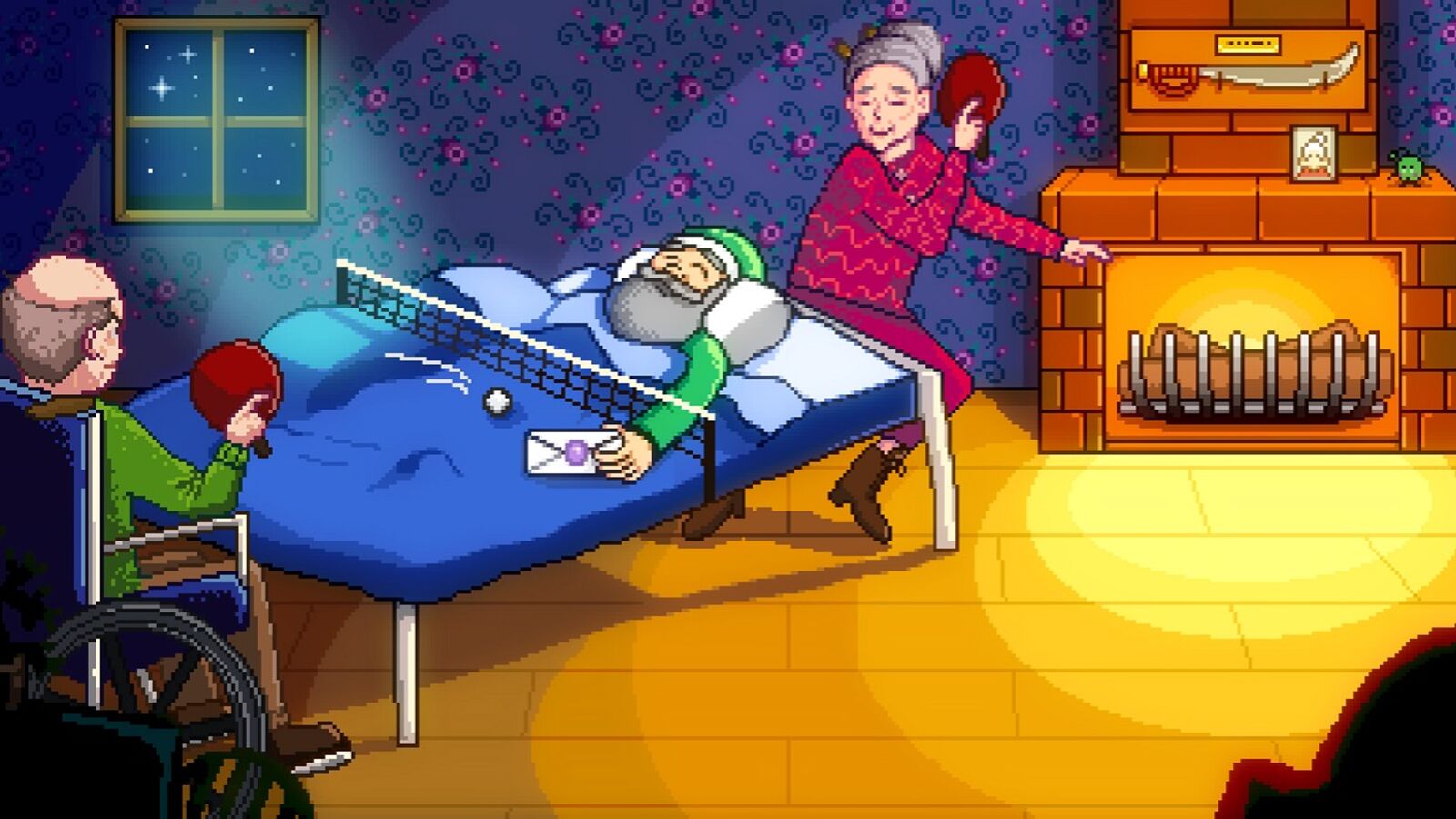 Stardew Valley players are competing in a meme to mod grandpa’s bed.

If you’re unfamiliar with the farming sim, the game opens with you inheriting land from your grandpa who has sadly passed away – shown in a brief scene at the start.

However, modders are now altering the scene to show grandpa in a variety of new… situations.

The standard version sees him on his deathbed. But modders have given him a more luxurious bed, a worse bed, or no bed at all and in a Family Guy pose.

Then there’s grandpa surrounded by flies, peeing himself, his bed as an envelope, or characters playing ping pong on his cold dead body.

Perhaps the worst of all is when grandpa… is the bed.

You can check out the mods over on Nexus Mods (thanks to Games Radar and PC Gamer).


As for Stardew Valley developer ConcernedApe, he’s currently working on his next game Haunted Chocolatier.

It’s set to have boss battles and a greater focus on combat.