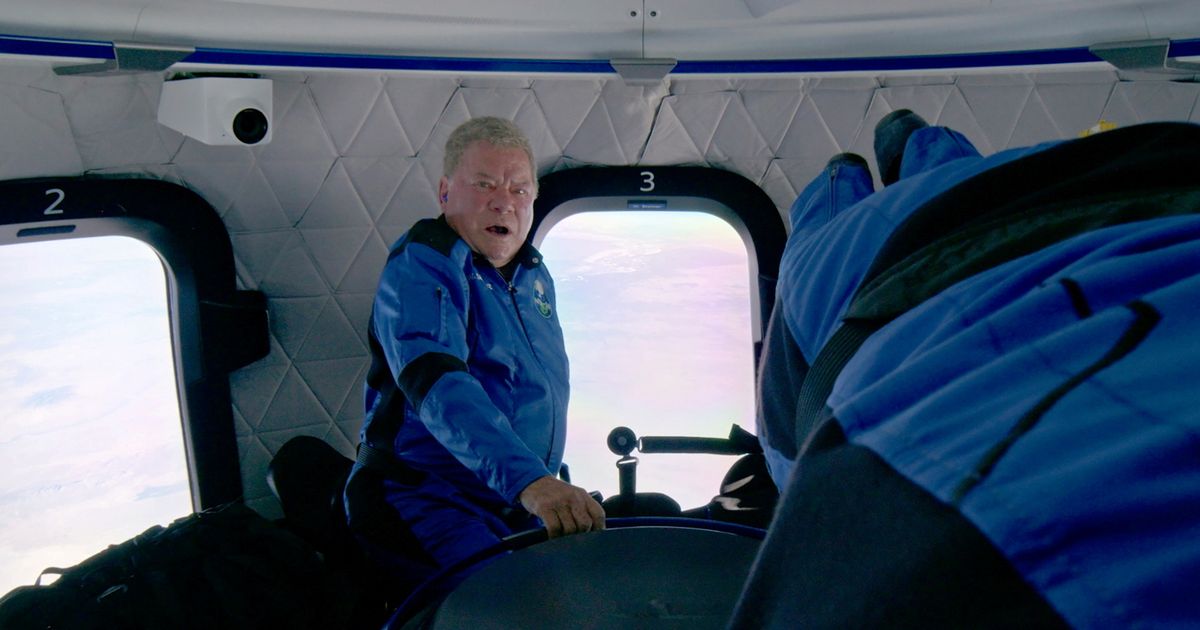 William Shatner gets emotional with Bezos after Blue Origin landing

William Shatner was sad coming back from space as “stupid” people deny the planet is being destroyed.

The actor, 90, admits got emotional as he headed back down to earth due to “the sadness of what we’re doing to our own planet”.

Speaking to SFX magazine, he said: “It’s like being in a tiny room in a hotel and sh***ing.

He said on preparing for the trip: “I was in pain a lot, thinking, ‘Why am I bloody doing this?’”

William Shatner became the oldest person ever to go into space back in October.

The trip – on Jeff Bezos’ Blue Origin capsule New Shepard – lasted around 11 minutes from take off to landing, with those on board spending a few minutes floating around in microgravity.

The capsule then returned safely, touching down in the west Texas desert to be welcomed back to Earth by Bezos himself.

According to a live stream of the historic event, Shatner and his fellow passengers reached an altitude of roughly 350,000ft and a velocity of about 2,000mph.

He had the time of his life
(

The Captain Kirk star was seen getting emotional as he tried to put into words what he had experienced.

“Everyone in the world needs to do this,” he told a delighted Bezos, finally.