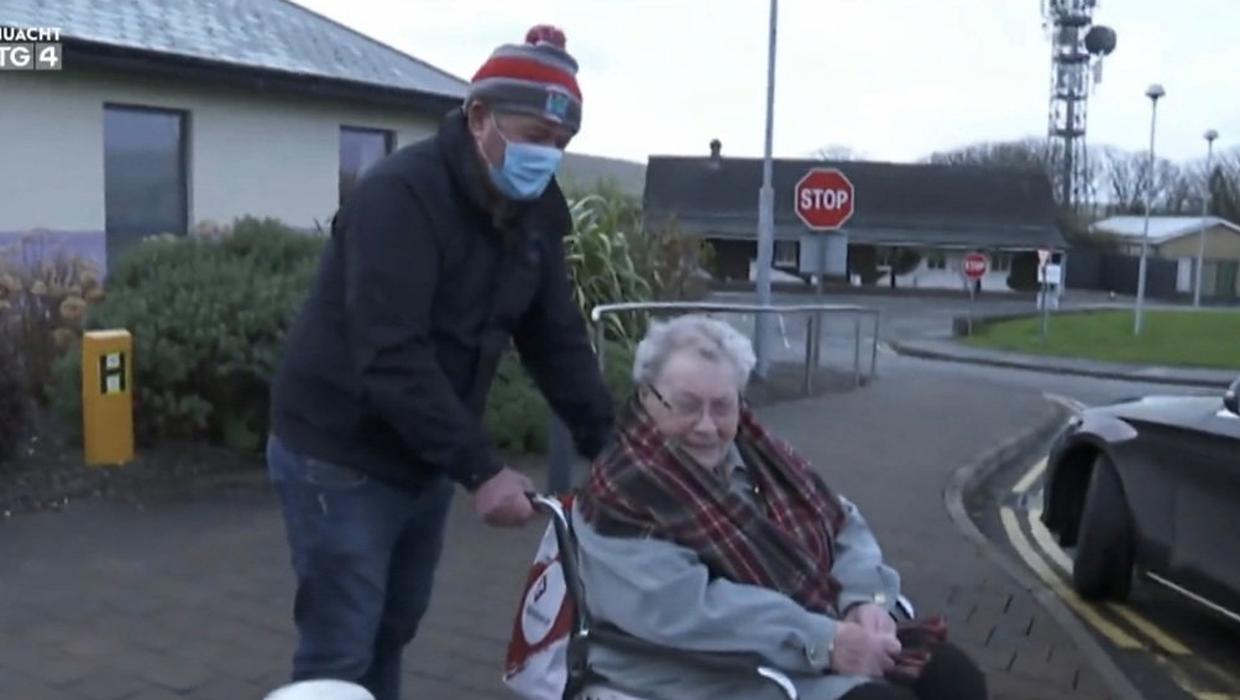 he family of Mary Uí Bheaglaíoch (Mary Johnson) is furious that the elderly woman was forced to leave all her knowledge behind and move 70 km away to Killarney, where she doesn’t even speak her native Irish.

The elderly woman has been in the West Kerry Community Hospital for six months with up to 40 other elderly people in the area. Now she has to get out of bed because it is needed for someone before her on the waiting list, forcing Mary to move to Killarney, miles away from loved ones and the West Kerry region she knows and loves.

Mary’s son Diarmuid Ó Beaglaíoch said the family were heartbroken that their mother was evicted from a place where she is happy. He said the wonderful hospital staff looked after her and knew her well, and now she has been given the street.

“She is [feeling] terrible, that’s how it is. And why shouldn’t it be? 96 years old and out the street … Something is wrong. She’s so kind to everyone in there. Everyone who works in the hospital is wonderful to her. You’re heartbroken for my mother and you’re leaving today. This hospital cost 16 million euros and is full of empty beds … There is money being wasted in other areas that could be spent here, ”he told TG4.

“‘The way she was thrown off the street showed that something was wrong with ours” [medical] System.

“I hope this never happens to anyone else on this peninsula again. I hope my mother is the last person who can leave Ballintaggart because our hearts are broken. “

Up to 16 beds at West Kerry Community Hospital are empty as one ward is closed due to staff shortages. According to INMO, at least 19 additional employees are required in the hospital; according to the HSE, 4.5 positions are vacant. There are 34 long-term residents and four people using short-term beds, which, according to the HSE, is the “amount they can safely accommodate”.

“If we had more staff, we would end up with eight more places to live and eight more beds for short-term stays for a total of 54 beds,” said Cork Kerry Community Healthcare

They said they regret that there is a long-term hospital waiting list.

“There is a process for allocating these limited places when they are available based on when people choose the center as their location for long-term care. We are also committed to ensuring that the short-term beds are available to members of the community for recreational, rehabilitation and palliative care when required. Unfortunately, people may then have to move to alternative centers and wait a long time for accommodation for their long-term bed at the WKCH. “

They said recruiting for West Kerry Community Hospital (and many other rural locations) could be challenging, and they have put a huge effort into recruiting staff so we can increase the number of beds there. Recruitment is ongoing and interviews take place regularly. However, this recruitment takes more than three years.

“We will continue our intensive recruiting efforts in order to further expand the range of services offered by the WKCH, also internationally.

Deputy Brendan Griffin said this week he was familiar with the case.

“I demand that Bean Uí Bheaglaíoch be sent back to Dingle urgently or urgently.