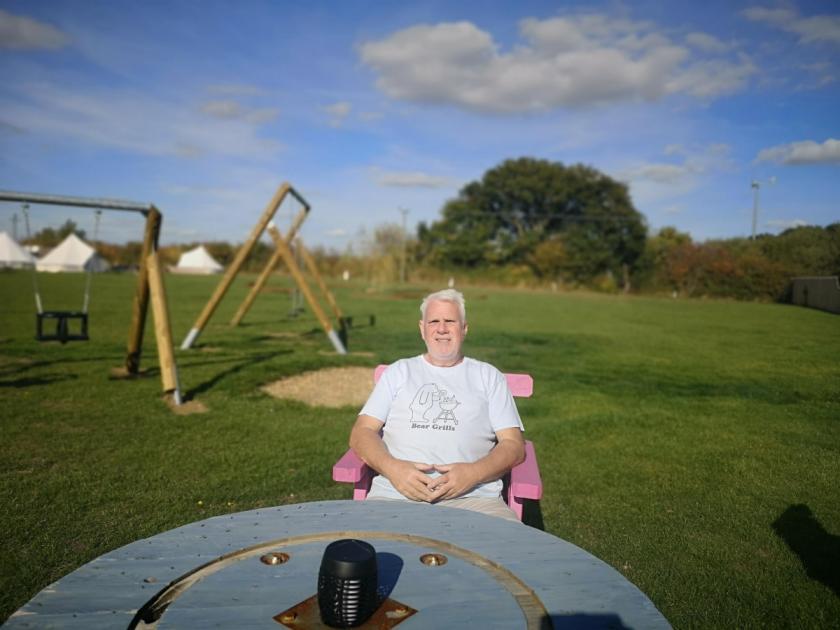 THE owner of a glamping, camping and touring park has expressed his excitement for viewers to see his business after appearing on a TV show.

Phil Sharlott owns The Pretty Thing in St Osyth which is appearing on Four in a Bed this week.

The show sees B&B owners throw open their doors and take turns to stay with each other, as they compete to be crowned best hosts.

Channel 4 approached Phil more than a year ago to appear on its popular reality TV show.

Phil said: “They called us around this time last year to appear on the show, we stayed in contact over video conferences to sort out logistics, nothing too complicated.

“Originally I was quite reluctant, I did not want to do the show but in the end my friends convinced me it was a good idea and a bit of fun.

“My reluctance comes from the fact that you’re opening your life up to people on television, however doing the show is good exposure for the business.”

Phil spoke about the process of filming the show and his time with the producers and other contestants.

He added: “It was a really good experience, the crew were great and very efficient they made it fun from start to finish.

“The contestants were good too, it was strange for us because although they were pubs with rooms and we’re a camping park, there were some similarities but ultimately each business had its own character and identity.”

Phil started The Pretty Thing a decade ago and has previous experience in the leisure industry working for caravan groups and individual clients for more than 30 years.

He already owned the land the park is on before starting the business and used it to help elderly horses.

Phil said: “We didn’t ride the horses but just took in some rescue animals and gave them a nice end of life experience, we made them pampered pets and they are amazing animals

“The Pretty Thing started off as a touring park with just a few caravans, we expanded and took on some tents before moving into glamping.

“The park is like my baby and I want it to be really popular and for visitors to enjoy themselves.”

The Pretty Thing will be featured on the Thursday episode of Four in a Bed.