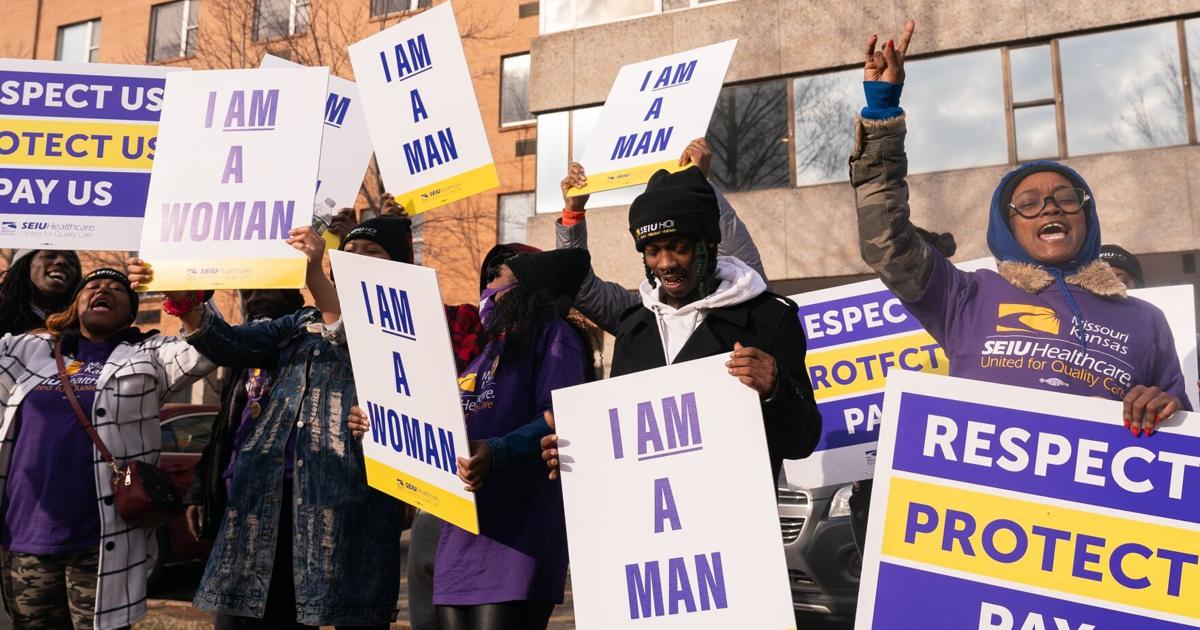 On Martin Luther King Jr. Day, Turner-Minor went on strike from Hillside Manor Healthcare and Rehab Center, where about 130 elderly residents live, according to the latest count in federal data. Workers here say the facility is infested with bed bugs, mice and cockroaches, and they say they’ve faced union-busting tactics and unequal pay from the facility’s owners, New Jersey-based Luxor Healthcare. The concerns have become so dire that city leaders plan to investigate.

“We need the company to feel our pain and our hurt, to recognize our strength,” said Turner-Minor, 63, of St. Louis. “This is these residents’ homes. We are their family, and our work speaks for itself.”

Luxor Healthcare, which owns health care facilities nationwide, denied the union’s allegations and said in a statement the workers chose “to abandon the residents we serve by initiating a strike at the facility.” The nursing home remained fully staffed during the strike, which started Monday morning and was expected to continue until Tuesday morning.

The strike comes amid ongoing worker shortages in long-term care, a long-standing problem exacerbated by the COVID-19 pandemic. Jobs in the field, such as certified nursing assistants and bedside technicians, often come with low-pay on par with hourly rates at fast food restaurants or gas stations — the average nursing assistant in the United States is paid at $15 per hour, according to federal data. The jobs are also physically and emotionally demanding.

But when certified nursing assistant Gabriela Love gets to work at Hillside Manor, she puts her coat in a bag to prevent bed bugs from infesting it and changes clothes before she goes home.

“There is nothing dignified about the conditions we work in or that our residents live in,” Love said at a news conference organized by the Service Employees International Union, which represents the workers. “We stand here today united with one voice to demand the respect, protection and pay that we deserve.”

The company fired the leaders and other employee union members in an attempt to subdue their organizing activities, according to a complaint pending before the National Labor Relations Board, the federal agency that enforces labor law. The complaint also claims the company unlawfully changed employee pay and working agreements. That case also includes complaints about conditions at two other St. Louis facilities owned by Luxor: Beauvais Rehab and Healthcare Center in south St. Louis and Rancho Rehab and Healthcare Center in Florissant. The case is expected to go to trial later this month, Jones said.

The union, which represents about 100 employees, have been negotiating with Luxor Healthcare since March but have yet to come to an agreement. They’re seeking union recognition from Luxor Healthcare, pay raises, pest control and basic maintenance at the facility, said union steward Danielle Jackson, who has worked at Hillside Manor as a certified nursing assistant for about a year.

Luxor Healthcare said it supports union members’ right to organize but denied “scurrilous allegations” about conditions at the nursing home. Luxor Healthcare management was “disappointed” the union decided to strike “in the middle of negotiations when the parties are still actively bargaining with each other,” according to the statement from Luxor management.

St. Louis Aldermanic President Megan Green said a special committee of aldermen will investigate the three facilities in the coming months. The committee will meet weekly through mid-April to hear from workers, families of residents and Luxor Healthcare representatives, Green said. Depending on the findings, the city could take regulatory action, Green said.

“The people who most often get neglected in our society are our kids and our older folks who cannot advocate for themselves,” Green said. “And that’s why we’ve got to be here doing that work for them.”

Alderwoman Lisa Middlebrook represents Ward 2, where Hillside Manor is located. She said she plans to do whatever she can “to get this problem corrected.”

“We stand with you,” Middlebrook said.

Get Government & Politics updates in your inbox!

Stay up-to-date on the latest in local and national government and political topics with our newsletter.