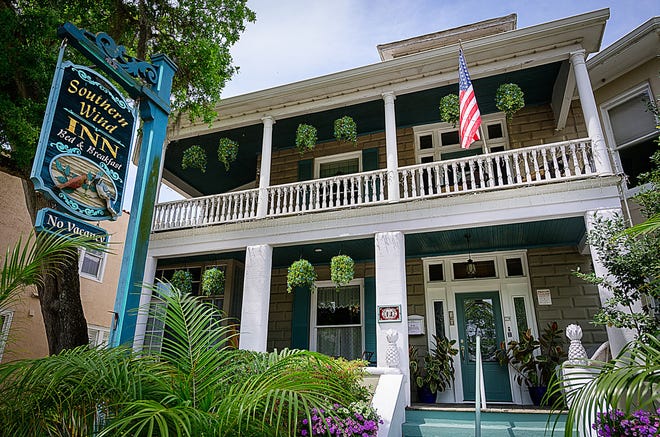 A St. Augustine bed and breakfast with more than 100 years of history recently sold for $ 2,070,000, according to the St. Johns County’s office.

Donna and Scott Forbes sold the 10 room Southern Wind Inn at 18 Cordova St. to KRP Properties V of Valdosta, Georgia on December 20. The company is one of the few affiliates with a similar name that owns motels and other properties in Valdosta.

Forbes said in an April interview with The Record that they had been in business for 19 years and wanted to retire.

“I’m going to really miss the activity and the guests and telling people all about what’s great about St. Augustine,” said Scott Forbes at the time.

Scott Forbes said Monday that the new owner plans, to the best of their knowledge, to run the property as a bed and breakfast.

A representative from KRP Properties V was not immediately available on Monday for comment.

The home was built in 1916 and has since been modified according to the property’s Florida Master Site File’s inventory form. The structure features round wooden pillars and turned balusters, as well as southern hospitality features such as wraparound porches.

“The residents of this house at 18 Cordova St. include noted doctor Dr. A. Clarke Walkup and his wife Edna, as well as members of the Oliveros family,” the document reads. “John D. Oliveros, an inspector of the municipal plumbing department and manager of the Charles F. Hamblen Club, and his wife Mary S. lived in the house. The Oliveros family members are descended from Menorcan ancestors who came around St. Augustine the time of the New Smyrna colonists in 1777. “