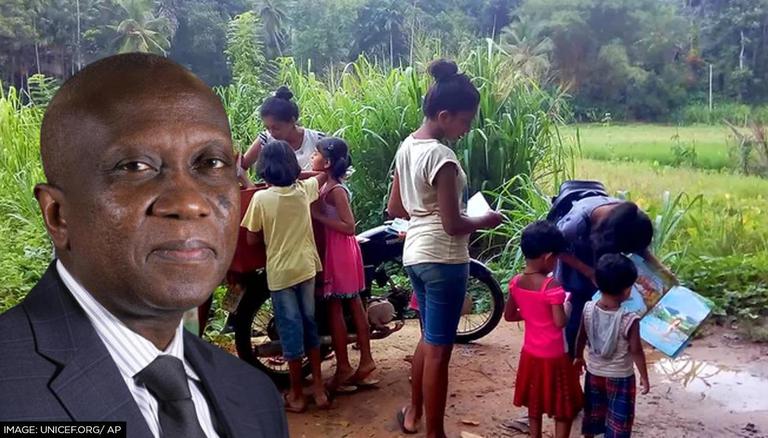 Amid the ongoing political and economic crisis in Sri Lanks, UNICEF Regional Director for South Asia George Laryea-Adjei on Friday issued a warning by saying that staple foods have become unaffordable for many people. He even noted that acute malnutrition in Sri Lanka has been considered to be the highest in the region. According to the UN report, Laryea-Adjei stated, “Families are skipping regular meals as staple foods become unaffordable. Children are going to bed hungry, unsure of where their next meal will come from.”

It is pertinent to note that the UN Children’s Fund has raised this alarm as Sri Lanka continues to experience its worst economic downturn since gaining independence in 1948. The Regional Director stressed that widespread food insecurity would further worsen the region’s malnutrition, poverty, illness, and mortality rates. According to UN estimates, helped of Sri Lanka’s children already need emergency aid.

Furthermore, the educational sector has been hit hard by the economic crisis, which has suffered lower student enrolment, a shortage of resources, and commutes rendered hazardous by aging infrastructure.

10,000 children in Sri Lanka are currently living in institutional care

According to the UN report, more than 10,000 children in Sri Lanka are currently living in institutional care, primarily as a result of poverty. These establishments don’t offer the crucial parental support necessary for a child’s growth. Unfortunately, as a consequence of the current crisis, more and more families are being forced to put their kids in these institutions because they are unable to take care of them.

The additional information provided by Laryea-Adjei revealed that “reports are already emerging of an increase in abuse, exploitation and violence against children due to the mounting economic pressure.” According to him, “If the current trend continues, hard-earned progress for children in Sri Lanka is at risk of being reversed and in some cases, erased permanently”.

More than 50 years ago, UNICEF started operating in Sri Lanka. With the help of international partners, UNICEF has supplied food for preschoolers, educational resources, and much-needed financial transfers to expectant and breastfeeding women.

More specifically, Laryea-Adjei stated that children need to be put “squarely at the heart of the solution as the country works to resolve the crisis.” He went on to elaborate on the actions UNICEF could take to assist Sri Lankan children impacted by the financial downturn.

The UNICEF official clarified that Sri Lankan Girls and boys of all ages must be given the opportunity to continue studying so they may get ready for the future and avoid the dangers of child labour, exploitation, and gender-based violence. “Central and primary health services must be prioritized, to protect women and children against life-threatening diseases and malnutrition,” he added.

Laryea-Adjei claimed that children who are most vulnerable to the worst repercussions of the global economic crisis will be pushed further into poverty, and their safety, health, and ability to learn will all be jeopardised, if prompt action is not taken to safeguard them .