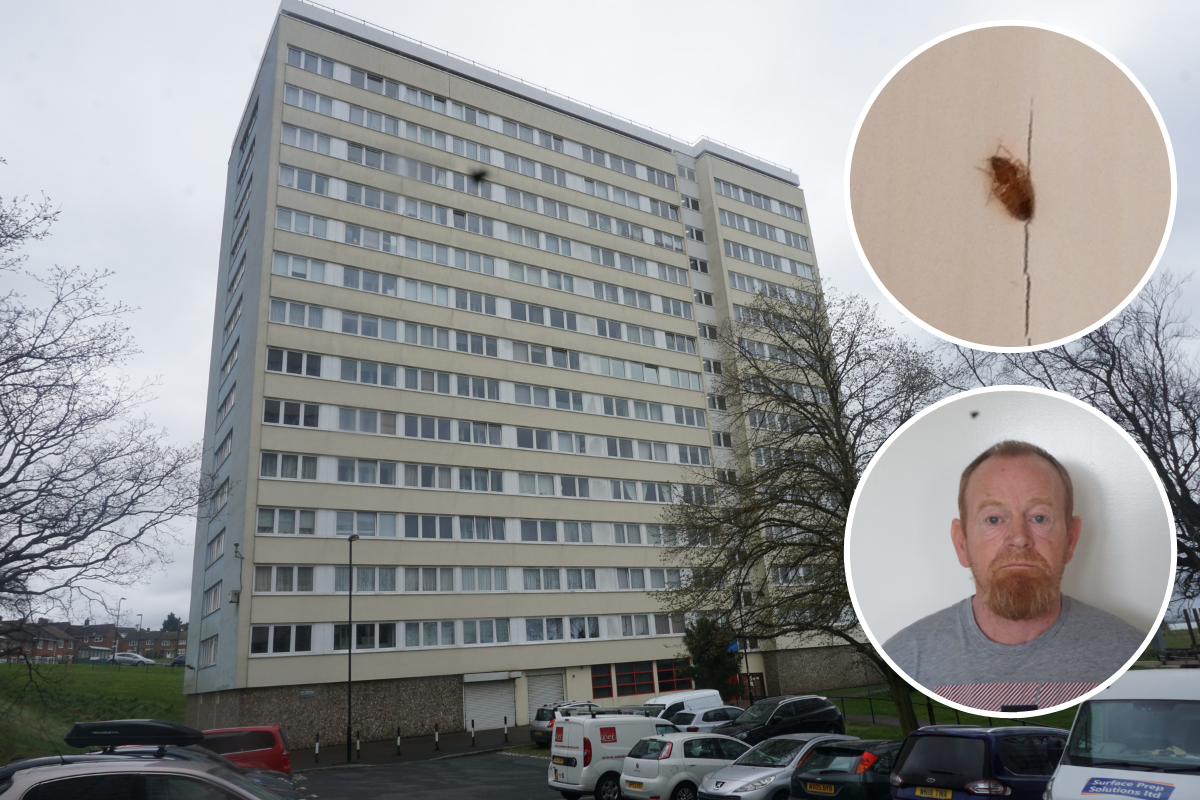 A SOUTHAMPTON man has been forced to chuck out furniture at his council flat due to a bed bug invasion.

Gordon Carrick says he is afraid to go to sleep at night and is being repeatedly asked by the creepy crawlies.

The 55-year-old who lives in Rotterdam Towers said he first noticed the “infestation” in January this year, just months after he first moved in.

He said: “I haven’t even got a sofa to sit on as I have had to get rid of that. It’s affecting my mental health. On Friday night I couldn’t even go to bed.

“The house is infested, it is costing me nearly £400, they seem to be coming out of the walls.”

Gordon says that an inspector from the council was supposed to visit last week, but never turned up.

He says he feels “ignored” adding that the authority “don’t seem to bother”.

“It has cost me £80 for that appointment. It’s ridiculous as I should be a priority now,” he added.

Gordon told the Echo that he also had to help move a duvet out of another flat which has been infested.

Cllr Warwick Payne, who represents Woolston and Weston, has been in touch with several residents in the area recently about bed bugs.

He said “the situation does need action”.

Cllr Payne said: “Along with the case highlighted in Rotterdam Towers I’m also dealing with another one nearby in Hampton Towers and I have contacted the Local Housing Office to see what assistance can be provided.

“Regarding the case raised in Rotterdam Towers, I understand that an inspector was supposed to visit to establish the exact source of the bed bugs, but when they failed to attend.”

But a Southampton City Council spokesperson said it does everything it can to help residents address pest control issues.

“Residents and landlords are expected to keep their properties in good condition, pay for pest control treatments where appropriate, and allow us to complete surveys if necessary.

“Our customer service colleagues are following up on recent reports and arranging for inspectors to visit affected homes as soon as possible.”

Multiple cases of bed bugs have been reported at properties in the Woolston area.

The council has now said it will be sending an independent inspector to look at the problem.

A message from the Editor

Thank you for reading this article – we appreciate your support in reading the Daily Echo.

Subscribing to the Echo means you have unrestricted access to the latest news, features and Saints coverage – all with an advertising-light website.

You will also have full access to Saintsplusyour new home for Southampton FC tactical analysis, features and much, much more.

Don’t take my word for it – subscribe here to see for yourself.