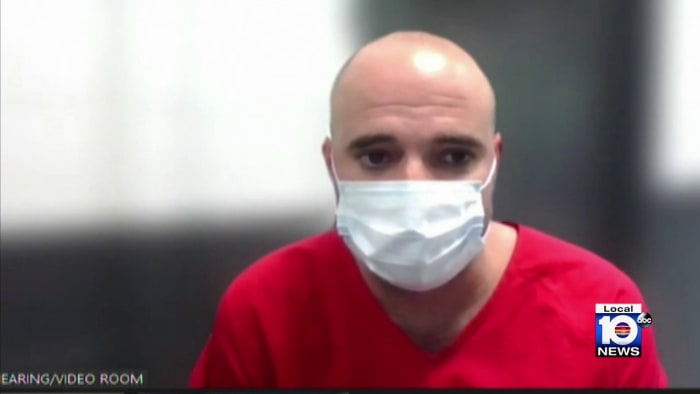 MIAMI-DADE COUNTY, Fla. – A South Florida firefighter appeared in court Monday, a day after he was arrested on domestic violence charges.

According to his arrest report, Michael Paul Saavedra, 38, and his ex-girlfriend had been living together for four months.

Miami-Dade police said the two were lying in bed Sunday when they got into an argument.

Saavedra then mounted the victim and placed his hands around her neck, choking her, authorities said.

Police said he continued to hold the victim’s neck with one hand as he slapped the victim multiple times in the face with his free hand.

According to his arrest report, he eventually let her go and left the home.

He later returned after the victim called police, the report stated.

Police said the victim suffered a bloody nose, redness on her upper arms, neck and upper chest area and bruising to her face and forehead.

He was arrested on charges of battery and battery by strangulation.

During his court appearance Monday, a judge ordered him held in lieu of a $5,000 bond. He was also ordered to have no contact with the victim and cannot possess guns or ammunition.

The arrest report did not state which fire department Saavedra is employed by.