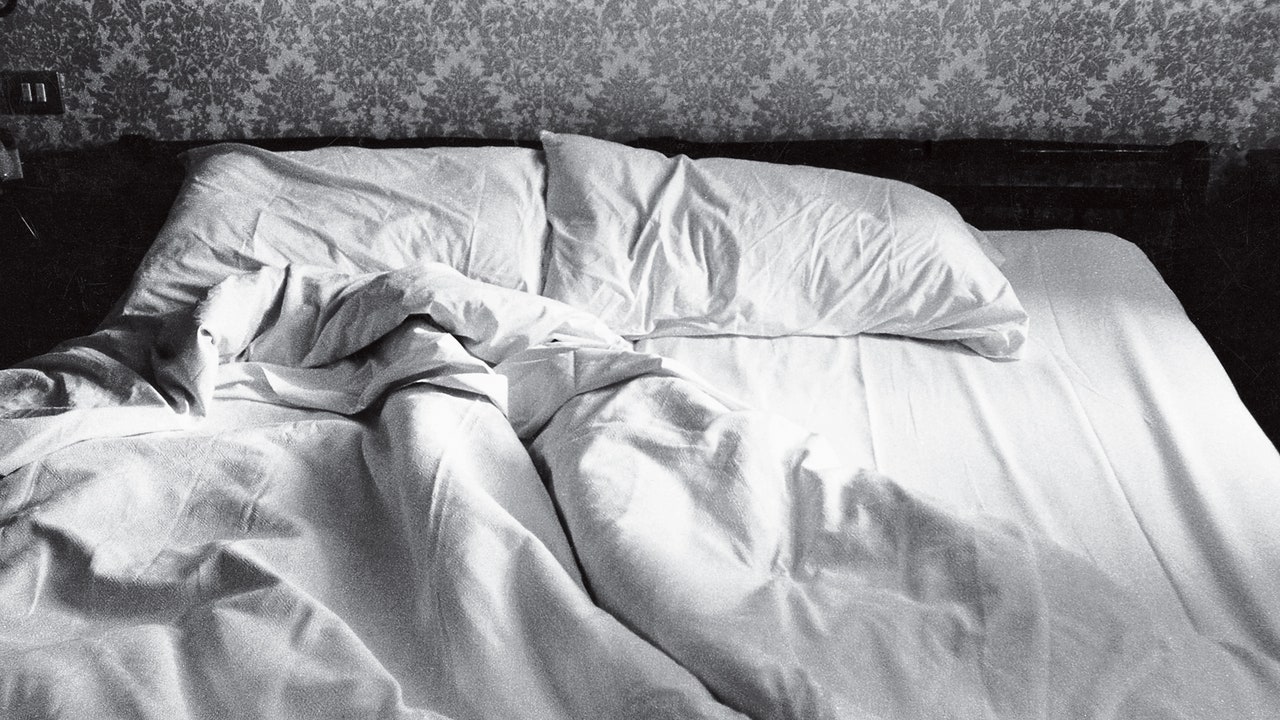 Calle was born in Paris in 1953. Her father Robert was a Camargue Protestant, oncologist, and respected contemporary art collector; her mother, Monique Sindler, was Jewish, a journalist who wrote very little but smoked a lot. An unlikely couple, they divorced when Sophie was three years old. As a teenager, Calle joined a Maoist group and then briefly trained with Palestinian fedayeen in Lebanon – for the fight, but also, as she has since said, to impress a friend. In Paris, she began organizing an underground abortion network and graduated in sociology before traveling for several years – as a vacuum cleaner saleswoman, a waitress, growing cannabis and working in a circus. Calle tried photography for the first time when she was twenty-six, as a kind of compromise: her father liked it, but it wasn’t really an “art” that had long felt incompatible with her militant engagements.

In Calles first public exhibition “The Sleepers” from 1979, the paradox of her gaze, his transgressive curiosity and his cool distance are already evident. For eight nights, she invited friends and strangers to spend eight hours each in her bed while taking photos and making notes: whether they snored, what they dreamed of. Her photographs convey extreme closeness – we see the curve of bare buttocks, a pale knee peeking out from under the covers – but the brevity of her handwritten captions drives away any eroticism in favor of sociological restraint. “At 6.45 p.m. he is sound asleep,” she writes of a man. “He keeps throwing the covers off.” When intimate revelations are concerned, they show how little we can know about others, even those with whom we share our bed.

This type of case study is part of the larger French practice of near ethnography that developed in the 1980s when mass tourism made the world of smaller and distant countries less exotic. The idea was to reverse the other view of anthropology by focusing on the local and the banal. Books like “In the Metro” (1986) by Marc Augé, which followed the underground rituals of the Paris subway system, and Annie Ernaux’s “Exteriors” (1993), a diary with scenes, objects and overheard conversations, are impersonal databases of everyday life.

In “The Hotel”, Calle tries to take a similar inventory, as if working backwards from so-called personal effects to find the cause – the story or the person – who produced it. Your authority as an ethnographer and as an artist depends on your sharpness and judgment. She notices that an evening dress is “not silk, but nylon”, discovers a chic Pléiade edition of Taoist writings and notes the cigarette brands chosen by the guests: Marlboro, Camel, Gauloises or Player’s. There is also narrative tension in this catalog of objects – between what people pack to feel at home (framed photos, slippers, a hot water bottle) and what they bring with them precisely because of this (a colorful wig, a pair of platform mules, a fly).