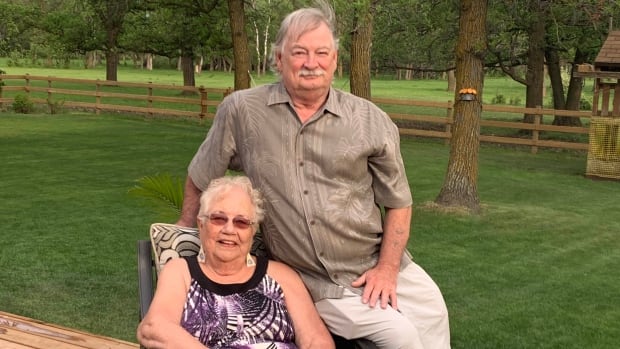 Some patients deemed sick enough to be admitted to Winnipeg hospitals are waiting days in emergency wards for a bed in an in-patient ward.

This admissions bottleneck, which doctors attribute to widespread staff shortages across the health-care system, has turned emergency departments into hospital overflow wards, with a vastly reduced capacity to treat people with urgent issues.

Citing data from May 4, Manitoba Shared Health said the average time for an emergency department patient to be admitted to another ward at one of Winnipeg’s three largest hospitals ranged from 11.6 to 15.4 hours.

That’s on top of the 11 to 17 hours it took for the average patient at Grace Hospital, St. Boniface Hospital and Health Sciences Center on that day to undergo triage and registration at an emergency department, wait to be seen by a doctor and then receive a determination they should be admitted.

Those average waits, however, believe a full range of admission wait times that can be measured in days instead of hours.

Emergency department data obtained by CBC News shows over the past three weeks, there have been times when the median wait for admission was more than 24 hours, with some patients waiting in emergency three or four days for a hospital bed — and in one extreme case , six days.

For Myrna Oliver, who suffers from cracked vertebrae, the wait in a hospital emergency ward proved too long to endure.

On Mother’s Day, the 79-year-old resident of Twin Lakes Beach went to Grace Hospital’s emergency department. The next morning, she was deemed ill enough to be admitted to the hospital.

But after 36 more hours of waiting at Grace without being bathed or taken for a walk to ease her pain and stiffness — and having to use washrooms where her socks got soaked with urine from other patients — she asked her husband to take her back to the apartment they have been renting near the hospital.

“It’s like you’re in a catch-22 system,” said Brian Oliver, her husband. “If you stay, it’s not good if you go home, other than you’re in your clean home environment in bed [you don’t] improve.”

He said he saw dozens of patients on beds lined up in the hallways of Grace’s emergency department, all clamoring for the attention of hospital workers who are forced to avoid eye contact with patients just to ensure they can carry out all their duties.

“I feel very, very sorry for the nurses. These are people who are trained … to help,” he said.

“I’m getting tired of constantly apologizing to folks who’ve waited in pain in our waiting room, who have been suffering a great deal,” he said.

Thompson said on Thursday, 35 patients at St. Boniface emergency — which has room for 55 patients — were waiting to be admitted to either hospital or another facility, such as a personal care home.

The issue is a shortage of care capacity in hospitals that has forced emergency departments to become overflow wards, both for patients requiring in-patient medical care and for people who need intensive care, Thompson said.

Since hospitals are always full, he said, patients in emergency who are waiting for admission to displace those who come to emergency wards for urgent treatment.

That, in turn, creates the long wait emergency wait times that have garnered headlines in recent weeks.

“I want folks to realize that this is a symptom of a much greater problem,” Thompson said. “It’s a sign that our healthcare system is in a dire crisis.”

Though COVID-19 made the problem more obvious, it predates the pandemic, he said.

“And it will continue to be a problem long after the pandemic if we do not address the core issues at play here.”

Shared Health does not dispute Thompson’s assertion the hospital system is struggling.

“These challenges are causing longer wait times for patients who have lower-acuity concerns as well as for patients awaiting admission to an in-patient unit,” the provincial agency said in a statement last week.

Thompson said the real issue is the inability to treat patients across the hospital system.

“It’s in-patient capacity and a lack of staff upstairs or across our entire health-care system. That’s the true bottleneck.”

The numbers on waits for admission are “awful,” he said, “and they’re just getting worse.”

Myrna Oliver ended up back at Grace Hospital’s emergency ward on Thursday. Her husband Brian said as of Sunday evening she was lying on a bed in a hallway, still waiting to be admitted.

He said he would like the health minister to visit an emergency ward.

“Has she ever come at eight at night when the hallways are full of people seeking medical help?” he said.

“How can you not realize what a state of affairs our health-care system is in?”